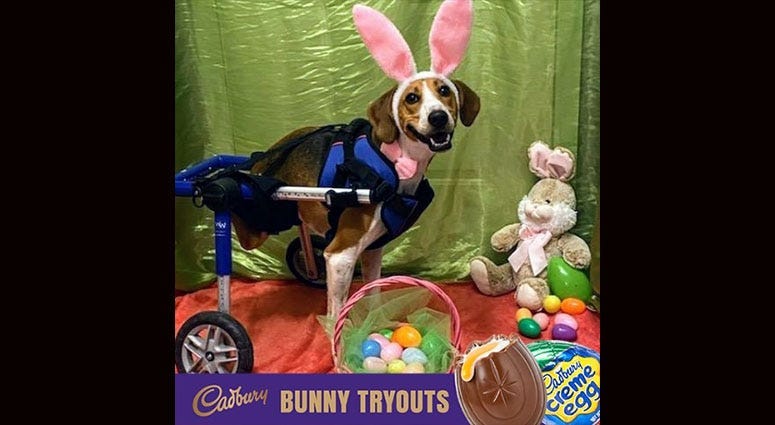 Lt. Dan, the two-legged hound named after the character Sinise portrayed in "Forrest Gump" has been named the next Cadbury bunny, the company announced Tuesday.

In a news release, the company said Lt. Dan has "overcome adversity" and "has won the hearts of America."

Lt. Dan was born with a deformity in his hind paws and tail that led to their eventual amputation. He received the most votes in a nationwide contest that determined who the next Cadbury bunny would be.

In a contest video, Lt. Dan can be seen wearing pink bunny ears and hopping around on two legs as any bunny might do.

"Lieutenant Dan is the epitome of inspiration, passion and energy, showcasing that no matter what challenges you face, you can overcome it," said Cadbury associate brand manager Ethan Mandel in a statement.

Sounds like quite a number of human veterans we know!

Reach Julia LeDoux at Julia@connectingvets.com
Want to stay connected to all the stories and resources Connecting Vets has to offer? Cllick here to subscribe to our weekly newsletter.