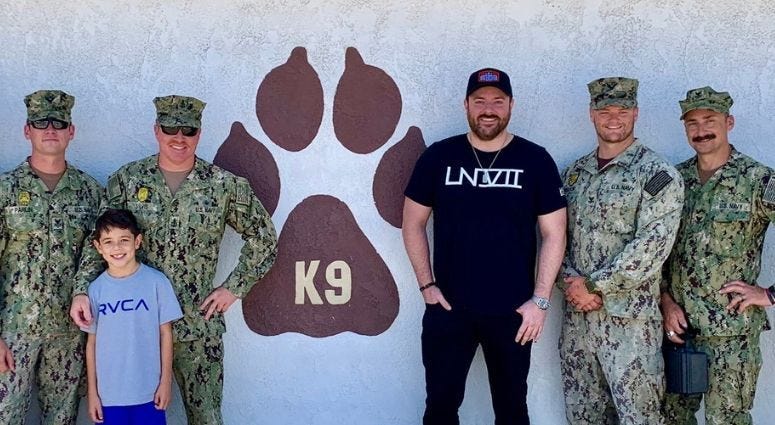 If you’ve heard the song “Raised on Country,” then you know Chris Young loves singing about being "raised on Merle, raised on Willie" and how his honkytonk attitude comes from Joe Diffie.

But when the country superstar talked with Connecting Vets about his recent trip to Naval Base San Diego, we learned that music and the military run deep in his family.

“Over the years, I’ve had family and friend connections to the military. It’s something I try to take all the time I can, to do. Whether it’s going out to the base or inviting people to the shows … it’s something we really get excited about,” Young said.

I had a great time visiting with our 2 legged and 4 legged military members at Naval Base San Diego last week before my show! Thanks to @USAA for helping coordinate and make it possible! pic.twitter.com/Jmk7gxPtS6

His recent trip to Naval Station San Diego, made possible by tour sponsor and military supporter USAA, included spending time with some of America’s coolest canines.

“We got a chance to go out there and hang out with the working dog's units," Young said. "They kinda put the dogs through all their paces and they showed off a little bit for us. It was just an amazing day."

My dog... and me pic.twitter.com/tQaGeUPCPz

Above: "Dog Father" Young hanging with his dog Porter while on tour.

Hanging with sailors and Marines is not unusual for Young, as he's got a few Devildogs in his family.

“My little sister joined the Marine Corps,” Young said with a smile. “I remember going out to see her graduate from boot camp and she got the ‘Leatherneck Award.’ Out of her group she had the highest PT score. So that was cool, getting to seeing her honored in that way.”

Young also talked about how her service (along with others in his family, including a brother-in-law, uncles and cousins) gave him a true understanding of military life.

“It’s something that allows me to have that personal connection to it. And honestly, it makes me want to say ‘thank you’ to people even more because I’ve seen the amount of time they sacrifice. The things they miss when they’re out there, helping keep us free.” 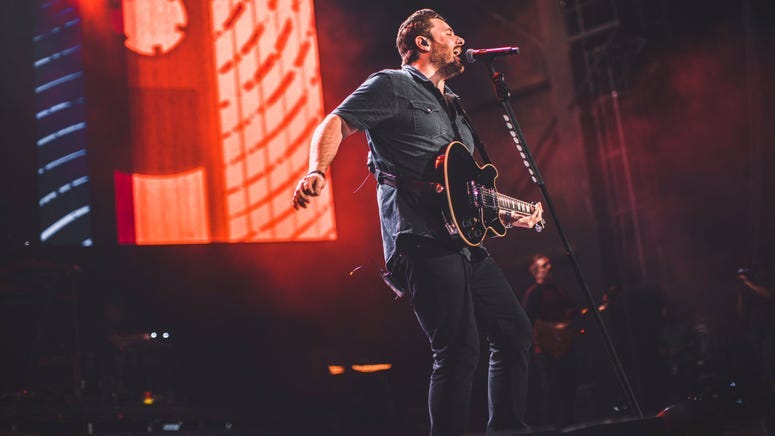 Above: Young cranks out the country at a recent concert in New Mexico.

Young shared with us one personal connection he made on a trip to Iraq that he says he’ll never forget.

“I got a chance to meet so many people, and one of them was a guy named Joe Bowser.  He lost his leg while he was in Balad.  He and I have gotten to be friends over the years. But I remember I got the chance to go with him to the spot where he actually got hit. He was on the phone with his wife, while we went back to the exact spot where it happened. It was just such a powerful moment to share with somebody and that connection has never gone away.  He’s going to be a friend as long as the two of us are around.”

For membership info and other incredible experiences, USAA brings the military click here

Voices of Service advance on America's Got Talent with epic performance

Want to get more connected to the great stories and resources Connecting Vets has to offer? Click here to sign up for our weekly newsletter.
Follow Phil Briggs @philbriggsVet or email phil@connectingvets.com