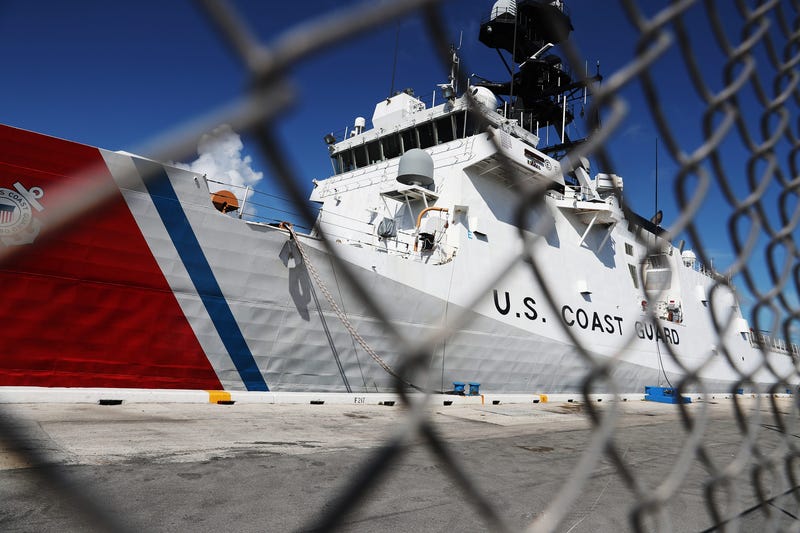 The Coast Guard banned the Confederate flag on Friday -- the same day the Department of Defense announced a policy that effectively did the same, if much less explicitly.

“While the Confederate battle flag may be symbolic of different beliefs, it divides Americans and threatens our Black shipmates," Adm. Karl Schultz, the commandant of the Coast Guard said in a memo. "In our military environment, such division clearly endangers loyalty, discipline, and morale; undermines unit cohesion and mission effectiveness, and marginalizes segments of our workforce."

The ban, effective immediately, far more explicitly bans the Confederate symbol than the corresponding policy implemented by the DoD -- which banned all flags except for those specifically listed in the memo. Authorized flags include the flags of U.S. states, military service flags, POW/MIA flags, general officer flags and other specifically mandated flags.

Defense Secretary Mark Esper's message was similar to Schultz's in espousing unity and recognizing the gravity of flag displays.

"Flags are powerful symbols," Esper wrote. "We must always remain focused on what unifies us: our sworn oath to the Constitution and our shared duty to defend the nation ... That is why we honor the American flag, which is the principal flag we are authorized and encouraged to display. The flags we fly must accord with the military imperatives of good order and discipline, treating all our people with dignity and respect, and rejecting divisive symbols."

Trump 'doesn't care' what the military says about Confederates

"They love their flag, it represents the South, they like the South," Trump said of the Confederate flag. "That’s freedom of speech. And you know, the whole thing with ‘cancel culture,’ we can’t cancel our whole history. We can’t forget that the North and the South fought. We have to remember that, otherwise we’ll end up fighting again. You can’t just cancel all."

As recently as March, Schultz said that the Coast Guard would not be following the Marine Corps's lead in banning the Confederate symbol.

Schultz told CNN's Jeanne Meserve in an interview previously that the Coast Guard would be closely watching the Marine Corps' decision — but also cited a Coast Guard policy change that was made last year on the Confederate flag.

The policy change the previous year advised commanders to act if imagery is found "offensive to somebody," but Schultz said that banning the symbol outright would be a "very interesting conversation and battle of First Amendment right to constitutionality."

Now, the Coast Guard has implemented a policy banning the flag in common access and public areas including the exterior of Coast Guard family housing, and automobile bumper stickers and other vehicle adornments, clothing and other apparel. The policy does not apply to private spaces or within personal property including private vehicles.

"There is no benefit from a display of divisive symbols in our disaggregated and geographically widely dispersed workforce, and I have determined that the Confederate battle flag is uniquely divisive," Schultz said in announcing the new policy.