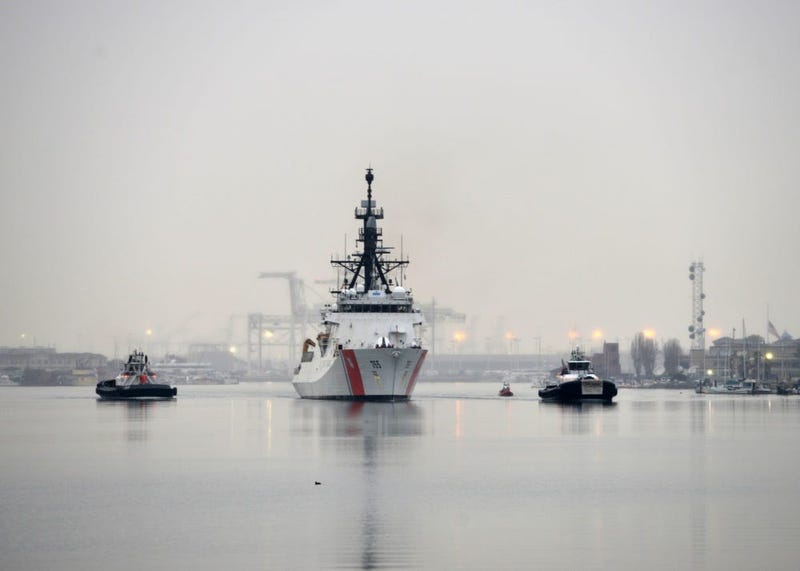 A Coast Guard cutter deployed over the weekend to the Western Pacific, as the sea service continues to work for no pay with a hopeful eye on Congress to right this wrong.

The National Security Cutter Bertholf left its Alameda, Calif. base embarking on a five-month deployment at sea, while its 170-member crew is set to miss their second paycheck next week in the wake of an ongoing budget fight between Capitol Hill and the White House.

The Coast Guard, which falls under the Department of Homeland Security, continues its duty despite a lack of funding to keep paying its members. They missed their first paycheck on Jan. 15.

But the issue could be fixed.

Also over the weekend, Rep. Bradley Byrne (R-Ala.) said at a Town Hall meeting on Friday that several bills looking to get the Coast Guard paid are ready to be voted on.

“My bill was introduced last week, but Senator Thune has a similar bill, and I think the plan now is to go ahead and move very quickly to get Senator Thune’s bill through Senate next week, then it’ll come to the House,” Byrne told AL.com. “The White House, I’m told, said that they will sign it which means I think it’ll move through the House very quickly.”

Thune’s bill, the Pay Our Coast Guard Act, currently has 25 co-sponsors but has yet to be voted on in the Senate. It was introduced Jan. 3, the first day the new Congress was sworn in.

On Monday, the American Legion encouraged Americans to contact their elected representatives to support a House initiative, the Pay Our Coast Guard Parity Act. “You can help these men and women get their paychecks like other members of the military,” the Legion tweeted.

The bill has 95 co-sponsors in the House.

On Monday, the Senate unveiled a bill representing an offer made by President Donald Trump to reopen the government. Senate Majority Leader Mitch McConnell (R-Ky.) said the chamber would take up the measure by Thursday, but the bill is likely to fall short of the 60 votes needed—leaving lawmakers and the White House at an impasse over a proposed border wall.

Sen. Chris Murphy (D-Conn.) denounced the bill, but said he's hopeful lawmakers can come together to pay the Coast Guard. “What I hope we can do this week is pull the Coast Guard out of this mess,” he said. “We have legislation that would say that the people who protect us in the Coast Guard should be treated like the rest of the military who are getting paid during this shutdown.”