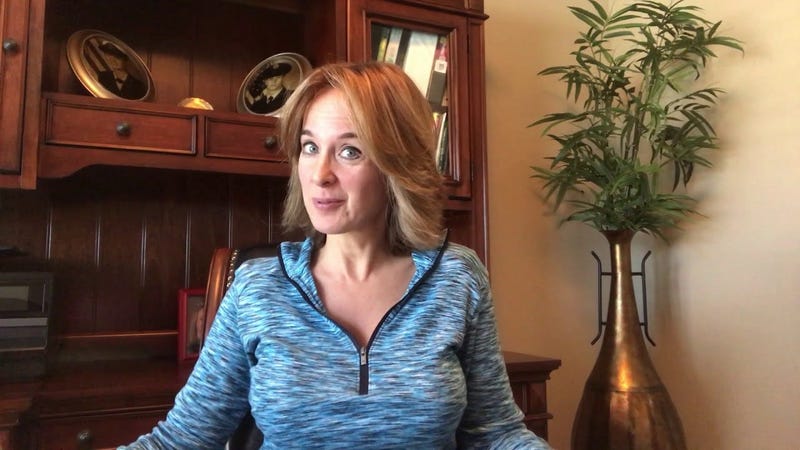 Code of Vets started out as a Twitter page where veterans came to talk issues and politics, but it's now changing lives.  From helping vets get back on their feet and find jobs to finding homes for the homeless, Code of Vets founder and Air Force veteran Gretchen Smith is now a Twitter Angel to many veterans in need.

Her daily video updates express a kind of selflessness and commitment to helping veterans in need, rarely seen in a Twittersphere full of angry rants, insults, and debates. And the veteran community has responded in a big way, with over 160K followers and posts that often generate thousands of dollars in donations within hours.

When we first talked with Smith a year ago, it was clear, her passion to help vets was unrivaled. The daughter of a Vietnam veteran, who like many others witnessed the nightmares of combat, explained how their bittersweet relationship sparked a deeply personal mission to never let any veteran suffer again. " “He had to shut himself down to do what he had to do … he watched many of his friends die in gruesome ways,” Smith said. “When he returned from the jungles of Vietnam, he was a changed man … his PTSD haunted him until the day he died.”

Code of Vets: Passion, power and a new voice in politics

"I can't believe how much it's grown ... We are a real veteran platform now, and we're assisting veterans every day," said Smith. "In West Virginia, we had six veterans ages 70-80 living under a bridge ... six human beings living in cardboard boxes, and we were able to get them out in 48 hours and into apartments, fill them with furniture and household goods and pay the rent for seven months.  That's no small feat, I'm telling you we're on fire."

#TwitterPhilanthropy is a real thing @pulte is an amazing man. @codeofvets and @CLWAL02 I find my self very emotional these days. When I tell you I was content with not asking for help. I was but these amazing people and all the amazing folks that donated to my fund. God Bless. pic.twitter.com/UvM2f1fd0P

As the Code of Vets wave of charity spreads like wildfire, it has caught the attention of powerful individuals like billionaire, real estate developer and philanthropist Bill Pulte.  Pulte recently introduced Smith to senior executives at Housing Urban Development including Secretary Ben Carson.  Smith has also been able to make connections with high level officals at the VA. "Bill had been following the work we're doing and saw what a difference we're making," said Smith.  "And now we're meeting with people who can make a difference in some certain extereme cases ... because it's like we're filling gaps that the government can't."

On this episode of VetStory, she also shares how Twiter has attempted to shut her down which eventually forced her to make a difficult choice.

Below is our first interview with Smith in 2018