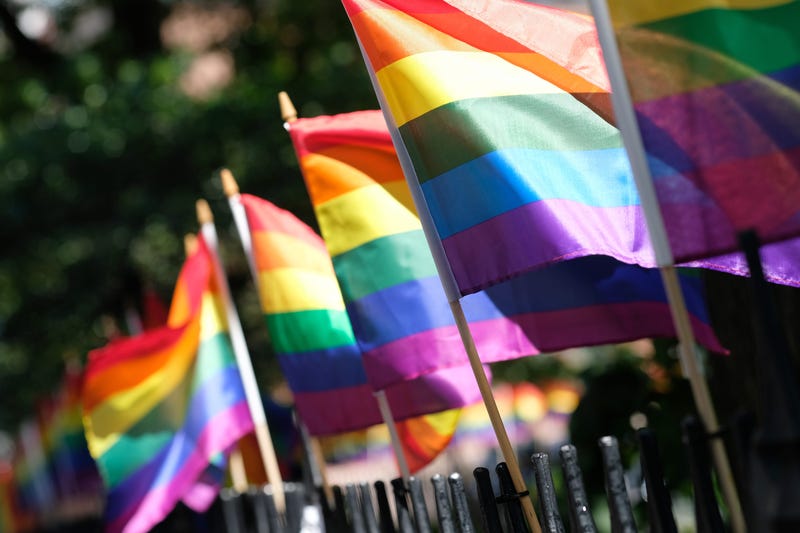 When the Department of Defense banned Confederate flags on July 16 of this year, it did so indirectly, by banning most flags -- including LGBTQ pride flags and Native Nations flags. Lawmakers want this changed.

"By sidestepping an explicit ban on the Confederate Battle flag, DoD banned sovereign Native Nations and LGBTQ Pride flags -- important to the many diverse identities in our ranks," Rep. Anthony Brown, D-Md., tweeted last week. "This is unacceptable and my colleagues and I are demanding an immediate fix."

By sidestepping an explicit ban on the Confederate Battle flag, DOD banned sovereign Native Nations and LGBTQ Pride flags - important to the many diverse identities in our ranks.

This is unacceptable and my colleagues and I are demanding an immediate fix. pic.twitter.com/XH6BOqgEHN

Brown was joined by 33 other members of Congress including Rep. Jackie Speier, D-Calif., in sending a letter to Secretary of Defense Mark Esper demanding he lift the effective ban on LGBTQ pride flags and Native Nations flags. These flags and all others (including the flags of sports teams) not explicitly listed in the DoD memo were banned on July 16 along with the Confederate flag.

The flags explicitly allowed include:

“The implicit banning of these symbols of diversity and inclusion runs counter to our ideals as a nation and a military," the letter to Esper reads. "The Department must have the strength and courage to be able to simultaneously stand against a symbol of hate and oppression in the Confederate Battle Flag while allowing the display of support for civil rights, equity, and justice."

DoD spent weeks deliberating under significant public pressure how exactly it would approach the issue of the Confederate flag on its installations as well as those installations named for Confederate officers. President Donald Trump made his stance on the matter clear by threatening to veto any National Defense Authorization Act that included provisions for either banning the flag or renaming the installations.

Trump 'doesn't care' what the military says about Confederates

"They love their flag, it represents the South, they like the South," Trump said of the Confederate Flag. "That’s freedom of speech. And you know, the whole thing with ‘cancel culture,’ we can’t cancel our whole history. We can’t forget that the North and the South fought. We have to remember that, otherwise we’ll end up fighting again. You can’t just cancel all."

Critics argued the Pentagon's overarching flag ban attempted to -- to a certain degree -- placate the president by not explicitly banning the Confederate flag. The Marine Corps and the Navy both issued their own Confederate flag bans earlier this year. The Coast Guard, which does not fall under the DoD's purview, did as well.

"We ask that you immediately revise the new policy on flag display, explicitly ban the Confederate Battle Flag, and ensure that service members can express support for diversity and inclusion through the display of sovereign Native Nations and LGBTQ Pride flags," the Congressional letter to Esper reads.