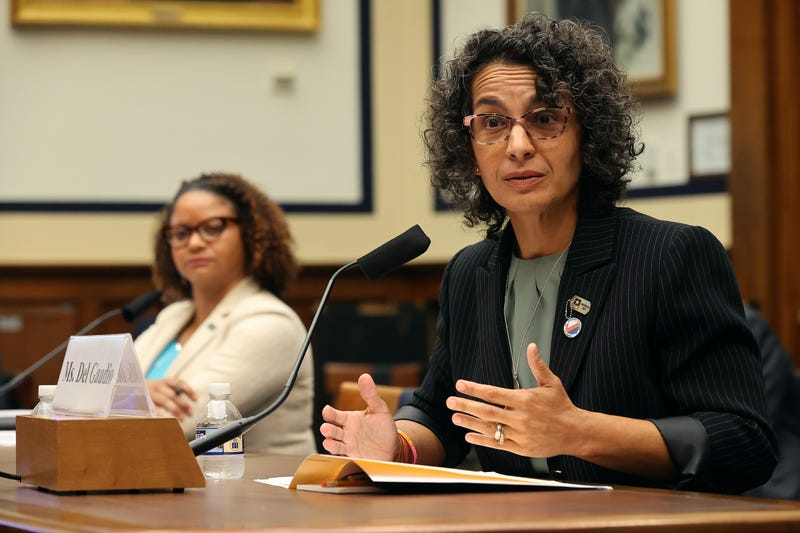 Army and Department of Defense leadership testified before Congress Wednesday that a review of Fort Hood’s sexual assault and harassment prevention programs shows they meet the Army’s standards.

Congress responded that those standards -- which they argued led to the eventual murder of Spc. Vanessa Guillen -- need to change.

The House Armed Services Subcommittee on Military Personnel hosted the hearing titled “The Military’s #MeToo Moment: An Examination of Sexual Harassment and Perceived Retaliation in the Department of Defense and at Fort Hood” to review the lack of reporting of sexual harassment in the DoD due to fear of retaliation.

The investigation team even returned to Fort Hood a second time as details surrounding Guillen’s disappearance came to light. They inspected Guillen’s unit specifically and found largely the same results.

The inspection, Galbreath and Wempe reported to Congress, showed that Fort Hood’s SHARP programs were in line with the Army’s standards -- despite a third of female survey participants reporting they had been sexually harassed or assaulted.

“If that’s true, it really leads to serious questions about the usefulness of the Army’s standard itself,” Rep. Mikie Sherrill, D-N.J., responded. “Given that a SHARP program operating at standard missed the sexual assault and eventual murder of a soldier at Fort Hood, the standard is flawed.”

Sherrill, a Naval Academy graduate, was one of two female veteran members of Congress present at the hearing along with Rep. Elaine Lauria, D-Va.

Galbreath and Wempe’s inspection left many questions unanswered. Among those survey respondents who said they did not feel comfortable reporting an instance of sexual assault or harassment -- why did they feel so? If a third of female survey respondents reported being sexually harassed or assaulted, did this correspond to the larger female population at Fort Hood? How can training programs be adjusted to help soldiers at all levels of the chain of command better help those who experience sexual assault and harassment?

While Galbreath and Wempe’s inspection did not yield answers to these questions -- the second panel of witnesses did.

Army veterans Lucy Del Gaudio and Melissa Bryant are at the forefront of the grassroots effort seeking justice for Guillen. They shared with Congress what the DoD’s training programs, prevention measures and attempts at a cultural shift are experienced in reality.

'Without change, there will be many more Vanessa's': Women vets, lawmakers demand action

Both Bryant and Del Gaudio experienced sexual assault and harassment during their time in service. Neither saw their perpetrators ever face justice.

“I was gaslit to believe that as an officer that was the price of admission to being in the Army,” Bryant said.

Del Gaudio said that speaking Wednesday in front of Congress about her assault was the closest thing to justice she had ever achieved. She was assaulted in 1992.

“Reporting through my chain of command was my only option and nothing was done,” Del Gaudio said. “I was told any pursuit for justice and accountability would ruin his career. Despite being a highly-motivated soldier who was good at her job retaliation still impacted my career.”

Decades later, Bryant and Del Gaudio are still asking for the same changes they needed in the early 1990s. Jurisdiction must be removed from the chain of command to an independent investigator, additional data must be aggregated and reported, SHARP training needs to receive a higher priority at all stages of a military career, and the culture around sexual assault and harassment needs to change.

“This system is so static it is Gorilla glued to the floor of the basement, we can’t even see the glass ceiling when it comes to the elimination of harassment and sexual assault in the military,” Del Gaudio said. “If this is going to change the DoD must take these issues seriously.”

“I’ve spent 10 years on this issue,” Rep. Jackie Speier, D-Calif., said. “I don’t take any pride in the numbers going down or going up because frankly not much has changed. For all that we have done not much has changed. We haven’t fixed it. And until we get very serious about this nothing is going to change.”

Speier concluded the hearing by announcing a congressional delegation to Fort Hood within the next month. Immediately following the conclusion of the hearing, Speier introduced legislation that would reform reporting and investigation of sexual harassment in the military and transform prosecution of sexual harassment and assault by empowering an independent prosecutor to bring charges.

This legislation is in addition to the various amendments Speier has introduced to the 2021 defense spending bill aiming to protect other service members from Guillen’s fate. The amendments call for a Government Accountability Office report on military practices for investigating missing persons and a Department of Defense confidential reporting process for sexual harassment, among other efforts.