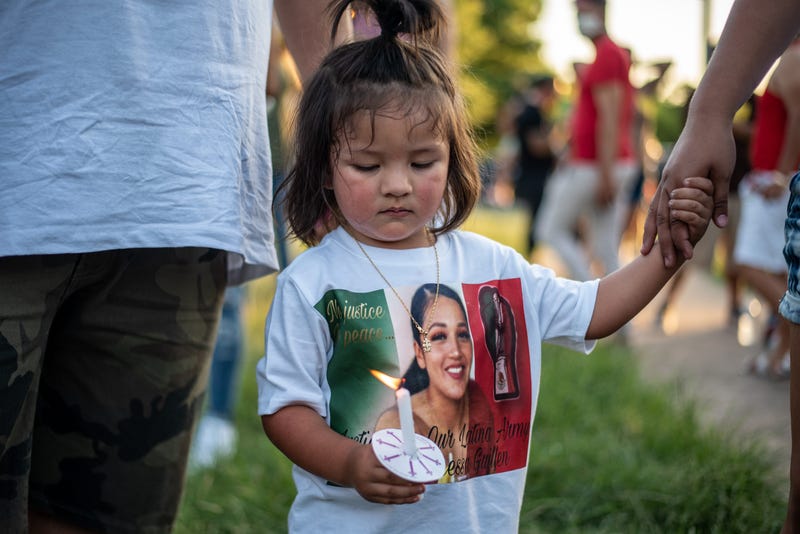 "Without change, there will be many more Vanessa's," said Lindsay Church, co-founder of Minority Veterans of America.

The fight for justice for Spc. Vanessa Guillen is far from over -- these lawmakers and women veterans will make sure of it.

"The Army was Vanessa Guillén’s dream. And that dream was shattered because the Army could not keep her safe,” Rep. Sylvia Garcia, D-Texas, said at a press conference Tuesday morning in Washington, D.C.

Garcia was joined by fellow members of Congress and representatives from minority and women veterans advocacy groups including MVA to speak on the ongoing efforts in support of the Guillen family. In the weeks since the details of Guillen's murder first came to light, a grassroots movement of women veterans and service members has been calling for an investigation, an operational pause at Fort Hood in Texas, and the dismissal of Guillen's chain of command.

In addition to these grassroots efforts, members of Congress led by Speier, D-Calif., have introduced several amendments to the 2021 defense spending bill aiming to protect other service members from Guillen's fate. The amendments call for a Government Accountability Office report on military practices for investigating missing persons and a Department of Defense confidential reporting process for sexual harassment, among other eff

"She was missing for more than two months before they found her," Church said. "In that two months, her killer roamed free and her chain of command did little to nothing about it. When they said they didn't know what happened to her, what they meant to say was they didn't care."

“For years we have thrown millions of dollars at the problem. The results haven’t changed. They’ve only gotten worse," Speier said.

On July 10, Secretary of the Army Ryan McCarthy announced that the Army will begin an independent review of the command climate at Fort Hood.

“The Army is deeply saddened and troubled by the loss of one of our own,” McCarthy said upon announcing the review.

"The time to act is now to reform our military justice system ... (The system now) has forced us to live in a daily hell,” Melissa Bryant, former Army captain and Iraq combat veteran, said during Tuesday's press conference.

Guillen's family was invited by the White House to meet with President Donald Trump later this month. The family also plans to announce the introduction of a bill in Congress in honor of the murdered Fort Hood soldier during their trip to Washington, D.C.

Spc. Vanessa Guillen's family set to meet with Trump, back bill in Congress