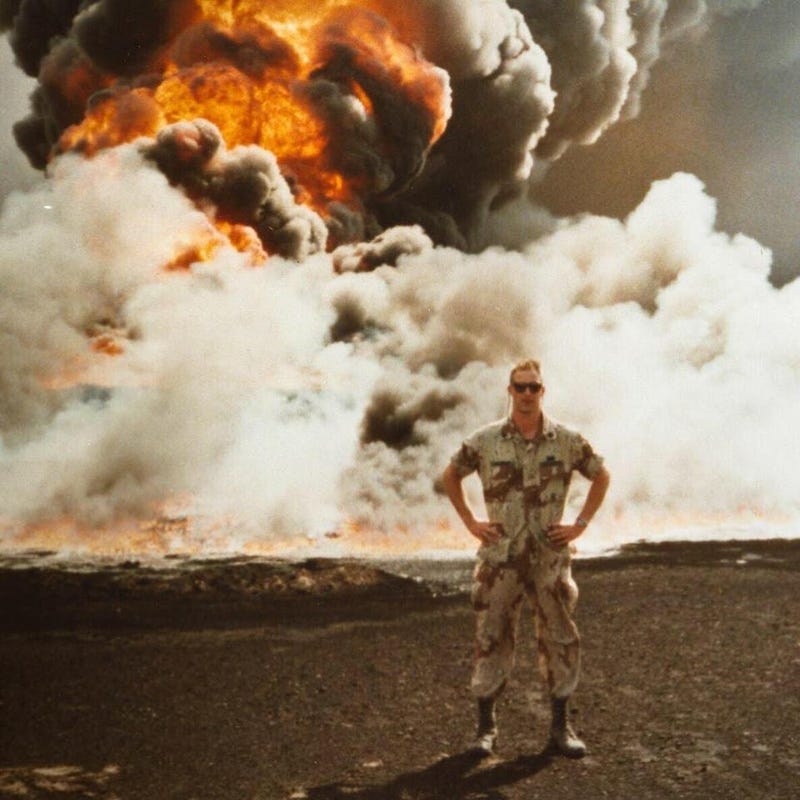 For service members who were in the sandbox as SCUD and Patriot missiles were exchanged and battles on the ground took place 28 years old, Desert Storm remains a pivotal and life-changing experience.

World reaction condemning Iraqi strongman Saddam Hussein’s August 1990 invasion of neighboring Kuwait was swift. When Hussein ignored UN Security Council demands to withdraw from Kuwait by mid-January 1991, the war of words turned hot.  And, on Jan. 17, American-led coalition forces launched an air war followed by a ground offensive that would bring Hussein to his knees in 42 days.

According to figures from the Department of Defense, 425,000 Americans fought to liberate Kuwait. Of that figure, 148 did not return.

Among those who helped defeat Hussein was Catrina Francis, who never dreamed that she’d see combat during her time in the service.

“I joined in the middle of a peacetime Army,” she said.

Francis joined the Army Reserve in high school but switched over to active duty status in order to pay for college. Stationed at Fort Hood, Texas, Francis vividly recalls learning that Hussein had invaded Kuwait during an afternoon formation.

The First Sergeant was right. By October, Francis and her unit were on the way to a Saudi Arabian port.

“We stayed at the port for 10 days, waiting for our vehicles and equipment,” she said.

Then they headed out to the desert. Assigned to S-1, Francis had the unique chance to be on the road every day in order to collect the mail. That gave her the opportunity to interact with coalition forces from around the world.

“I was a 21-year old E-2 at the time," she said with a laugh. “One of the Egyptian soldiers even flirted with me.”

Francis said she and her fellow soldiers had complete confidence in the ability of the coalition forces' Patriot missiles to shoot down the SCUD missiles being fired by the Iraqis. She added that during her six months in the desert, she was only afraid one time. That’s when she heard the loud boom of a missile strike near her location. No-one was injured as a result of the strike. 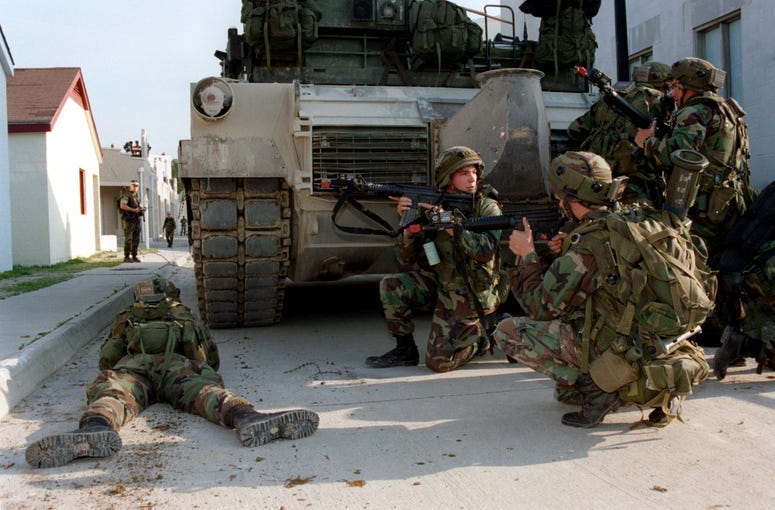 “When the ground war started, we were two clicks from the Iraqi border,” she said. “I could feel the rumbling on the floor.”

Francis wasn’t the only member of her family to serve during Desert Storm. Her father was on active duty in Germany while she was in the desert.

“It made me grow up a lot,” Francis said. “It wasn’t about me. It wasn’t only my life. It was the lives of my fellow soldiers.”

Air Force veteran Tom Wahl was a sergeant with the First Fighter Wing out of Langley Air Force Base when he arrived in Dhahran, Saudi Arabia on Aug. 9, 1990. The F-15 weapons systems tech had additional duties in hot pits when the ground offensive began in January. 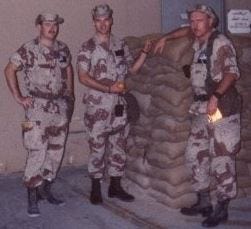 “My job there was to safety check the returning jets for fast re-refueling and a quick turnaround,” he explained.

“We were there to get the bad guy out of Kuwait,” he said.

Paul Kehler began his 30-year Army career as an enlisted soldier, but by the time Desert Storm began he had pinned on his warrant officer bars and was flying helicopters.

“My mission was psychological ops,” he said. “Our job was to broadcast and tell people to surrender.”

Kehler would broadcast that message via loudspeaker from his helicopter. He would also fly over coalition forces blaring out popular music to keep morale high.

“We did what we were supposed to do and went home honestly because of our leadership,” he said.

Kehler – who went back to Iraq in 2004 and 2008 – deployed during Desert Storm with the 24th Infantry Division out of Hunter Army Air Field in Savannah, Georgia.

“The interesting thing about Desert Storm, we lived in incredibly austere conditions,” he said. “We spent seven months without pavement under our feet.”

One of his most vivid Desert storm memories is what happened one day after he parked his helicopter in a field.

“People just came up and surrendered,” he said. “Forty or 50 people just waited to surrender.”

Michael Harper was stationed in Frankfurt, Germany with the 3rd Armored Division in G-2 during Desert Storm.

“We were the ones who came up around the western flank of Kuwait,” he said. “We spent more than 100 hours engaging the Iraqi Republican Guard. We went up north of Kuwait and kind of stayed in Iraq well into the spring.”

Harper recalled checking out Iraqi foxholes and being surprised at what he found.

“We would go through some bunkers and find out that the guys were only eating potatoes,” he said.

He also said that they found drawings made by Iraqi soldiers in some bunkers of planes dropping bombs, making him wonder if they were suffering from PTSD as a result of the air campaign.

Harper said his unit had a young Kuwaiti interpreter with them throughout the conflict, but as soon as Kuwait was liberated he took off for home – exactly the ending Desert Storm was designed to achieve.

“We were going to unleash the full fury of the U.S. military,” he said. “It was an overwhelming display of power and training.”