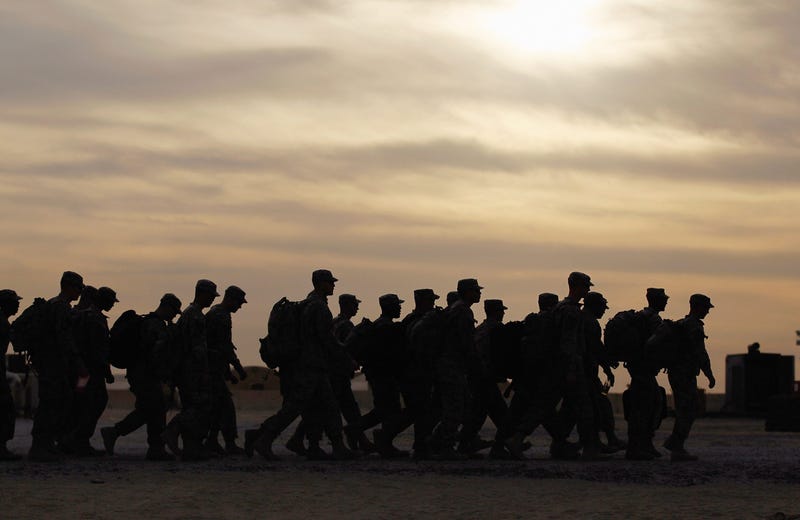 The highest echelons of the Army and Air Force voiced concerns recently over COVID-19's impact on 2020 suicide rates among active-duty troops.

The Department of Defense still declines to admit a definitive link exists -- or do much about it.

“COVID adds stress,” Gen. Charles Brown, the Air Force chief, said last week. “From a suicide perspective, we are on a path to be as bad as last year. And that’s not just an Air Force problem, this is a national problem because COVID adds some additional stressors – a fear of the unknown for certain folks."

“I can't say scientifically, but what I can say is - I can read a chart and a graph, and the numbers have gone up in behavioral health-related issues,” Army Secretary Ryan McCarthy told the Associated Press.

The pandemic has led to long quarantine periods closed in barracks rooms, unexpected extensions for trainings and deployments, and travel restrictions that have kept service members separated from their families for more than six months. The numbers appear to support Brown and McCarthy's concerns. The Associated Press reported last week that military suicides have increased by as much as 20% this year compared to the same period in 2019. In July alone, 35 soldiers died by suicide.

But DoD is so far hesitating to release those 2020 numbers and arguing it's "premature" to link an increase this year to the pandemic.

"It's too early to determine whether suicide rates will increase for calendar year 2020," Director of the Defense Suicide Prevention Office Dr. Karin Orvis said during a Pentagon briefing Thursday. "We'll need to have the full year of data and investigations completed to determine the cause of death. What may be looking like an increasing or decreasing trend in raw counts may not be statistically meaningful once we have all the data."

Quarterly suicide counts can be misleading, Orvis explained. Second-quarter suicide rates are expected to be released this week and will likely show an increase in troop suicides. But by the end of 2020, those counts could have changed in "statistically meaningful" ways as investigations conclude different causes of death from what was originally reported, Orvis said.

In short, according to Orvis, the DoD won't be able to definitively say the pandemic is creating a spike in troop suicide deaths until 2022. In the meantime, those deaths may or may not be "statistically meaningful."

However, the DoD officials say they're "taking actions" by emphasizing social connectedness and media channels.

These are not revolutionary methods. Social media and increased connectedness between troops echo the measures implemented last year and the year before in past attempts to lower suicide rates among the highest-risk demographic -- young and enlisted troops. Those measures have failed to do so even in years that did not coincide with a pandemic.

"We need to have that full annual rate. We need time for investigations to be completed," Orvis repeated many times throughout the briefing. "We have seen in the past that at times when it looks like there may have been an increase, once we had the full year of data it was not statistically significant."

The data does not exist to determine whether quarantine measures and restriction of movement policies have significantly prevented the spread of COVID-19 throughout the Department of Defense. As of Wednesday morning, the DoD reported 45,759 cases of COVID-19 within its active-duty ranks. But even if these quarantine and travel restriction measures -- which cause more isolation and therefore potentially increase suicide risk -- are working, they are being combined with less than optimal behaviors.

The Army is still largely requiring soldiers to wear neck gaiters -- even after the Centers for Disease Prevention and Control identified these as one of the least effective face coverings. Despite significant pushback, DoD moved forward with a wide range of close-quarters training operations even after several outbreaks. More than 1,000 complaints of COVID-19 prevention measure violations have been filed with the DoD Inspector General.

The DoD has been seemingly selective with what CDC guidance it adheres to. "Mission essential" operations have continued largely unhindered despite the risks of training during a pandemic. Meanwhile, troop morale, mental health and military families have taken the brunt of the impact of prevention measures.

"I know that's incredibly frustrating," Orvis said. "But I can't validate those numbers for you."