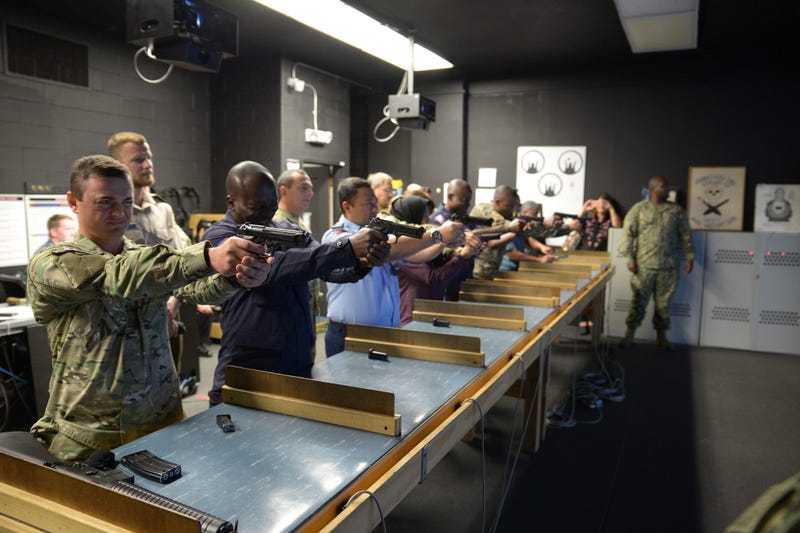 After a Saudi Arabian international military student (IMS) opened fire in a classroom building on Naval Air Station Pensacola in December, the Departments of Defense and Justice launched reviews into the screening and vetting processes for these students. The DOJ's review led to the expulsion of 21 additional Saudi Arabian IMSs. The DoD's review was just released.

"Going forward, we will put several new policies and security procedures in place to protect our people, our programs and our installations," Director of Defense Intelligence Garry Reid said in a statement.

The new policies include restrictions on possession and use of firearms, control measures for limiting access to military installations, and the implementation of continuous monitoring capabilities so that IMSs are regulated throughout their training — not just during the beginning process of gaining access to the U.S.

"All current and future students will be required to acknowledge their willingness to abide by these standards, committing to full compliance with all U.S. laws on and off duty as a condition of their enrollment," Reid said.

Previously, the Department of Homeland Security, State Department, and the student's home country handled the screening and vetting process. Once students were enrolled in programs, International Military Support Offices (IMSOs) provided the only continuous monitoring, and they did so mostly informally, Pentagon spokesperson Lt. Col. Uriah L. Orland explained. The new policies from the DoD are intended to "add an additional layer of security" to what is already in place, a senior defense official said.

"We will persistently look at data we have, and indicators we have even after they're in the country and in the program.  So that will be a change that will hopefully add an additional layer of security," the official said.

This security is not new. All of the additional policies and restrictions being implemented for IMSs are policies that are in place elsewhere in the U.S. military.

"Everything we’re putting in place has been, is currently in different circumstances applied to our own workforce, our own service members," the official said.

After the incident at NAS Pensacola and the additional 21 IMSs removed from the United States following the DOJ's investigation, the DoD is also retroactively screening all current IMSs — all 5,181 of them.

The new policy implementation is happening at the installation level, as different training programs and locations necessitate different security enhancements.

"When these procedures are in place, the military departments will be authorized to fully resume the training that has been suspended since the attack in Pensacola," Reid said. "The new policies will be applicable to all current and future student populations, and the Secretary of Defense will receive regular updates on implementation and compliance from the secretaries of the Army, the Navy and the Air Force."

The DoD did want to emphasize that, while adding additional security, these new policies would not have necessarily prevented the shooting that occurred at NAS Pensacola.

Before this current class of 5,181 IMSs, the U.S. military hosted more than a million students from other countries. Until the shooting at Pensacola, no serious security incidents had occurred.

"We consider these training programs incredibly valuable for a number of reasons," a second senior defense official said. "In many cases in many countries, the mil-to-mil relationship between the United States and the host country military is one of the strongest, if not the strongest relationships that we have with those countries, and that is in large part due to the IMS program that we've been running, and has -- have run so well over the last 20 years."