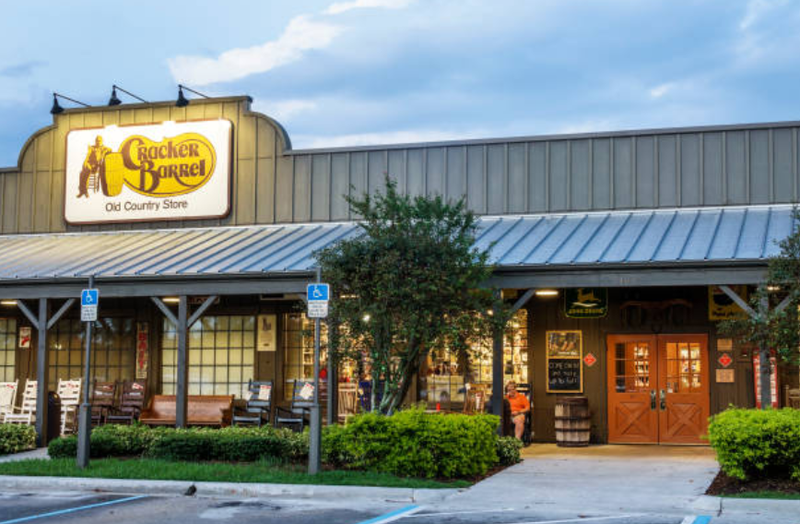 Our Employer of the Week series features one company each week that has made a commitment to hiring and supporting veterans. This week’s employer is Cracker Barrel.

Cracker Barrel has been around for more than 50 years. Since the franchise opened in 1969, it has opened 660 stores in 45 states and serves 230 million guests a year. They also support the military community with discounts, deals, and careers.

This year, Cracker Barrel won the 2019 Secretary of Defense Employer Support Freedom Award — the highest award the U.S. government has for employers who support National Guard and Reserve employees.

For veterans and military families, Cracker Barrel has worked to develop schedules, training, and positions that work flexibly with military training schedules. Cracker Barrel employees who are also veterans can also access the Veterans Employee Resource Group — a resource group that helps recruit, retain, and mentor newly hired veterans as well as current members of the National Guard and Reserve.

Beyond careers, Cracker Barrel also supports the military with Veterans Day discounts and donations. Each year, the franchise donates hundreds of its Heat n' Serve Family Meals To-Go to military families in need as part of Operation Homefront's Holiday Meals for Military program. The company also pledged a $100,000 endowment to the Owen Graduate School of Management at Vanderbilt University available only to veterans.

"By supporting military families, Cracker Barrel believes it can make a deeper, more meaningful and lasting impact as well as give back to the people and families who sacrifice so much for us," said Breeanna Straessle, Cracker Barrel spokesperson. "By offering support to veterans and military families, we hope to help connect families around the table for generations to come."