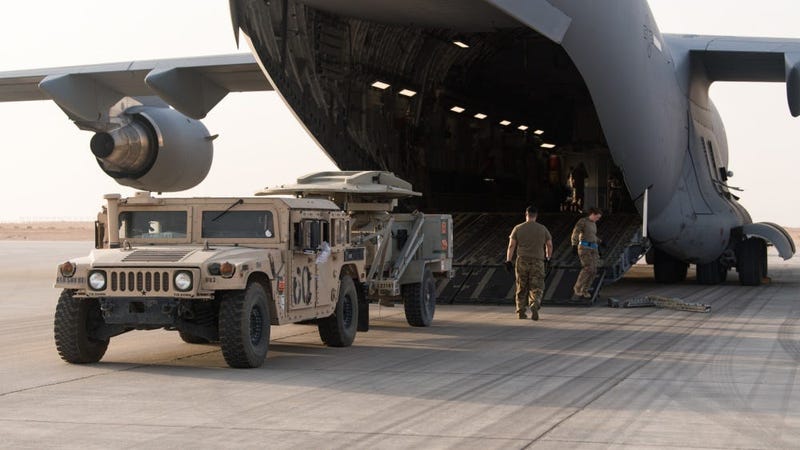 More U.S. forces are deploying to Saudi Arabia, bringing the total U.S. troops sent to the area to 3,000 in the last month.

In response to recent attacks on Saudi Arabian oil facilities — for which Iran has been deemed responsible — Defense Secretary Mark Esper met with the Saudi Arabian Minister of Defense Muhammad bin Salman to discuss the kingdom's defense capabilities and efforts to protect Saudi Arabia from further Iranian aggression.

"Saudi Arabia is a long-standing security partner in the Middle East and has asked for additional support to supplement their own defenses and defend the international rules-based order," Esper said during a press briefing at the Pentagon on Friday afternoon, the same day he authorized the additional deployment of U.S. troops.

And additional forces are on alert.

"The U.S. military has on alert additional Army, Navy, Marine and Air Force units to quickly provide increased capability in the region if necessary," Esper said. "The United States remains committed to protecting our allies, ensuring the free flow of resources needed to support the global economy, and demonstrating our commitment to upholding the rules-based international order."

However, those additional forces need not be deployed if Iran heeds the message that Esper intends to send with this most recent deployment authorization.

"We thought it was important to continue to deploy forces to deter and defend and send the message to the Iranians: Do not strike another sovereign state. Do not threaten American interests, American forces, or we will respond. I have said time and time again do not mistake our restraint for weakness. If you do, you will regret that," Esper said.

During the same briefing, Esper and Chairman of the Joint Chiefs of Staff Army Gen. Mark A. Milley addressed the current situation in Syria, clarifying that — despite strategic movements of United States forces, the U.S. is not abandoning its allies in the region.

"To be clear, we are not abandoning our Kurdish partner forces and U.S. troops remain with them in other parts of Syria," Esper said.