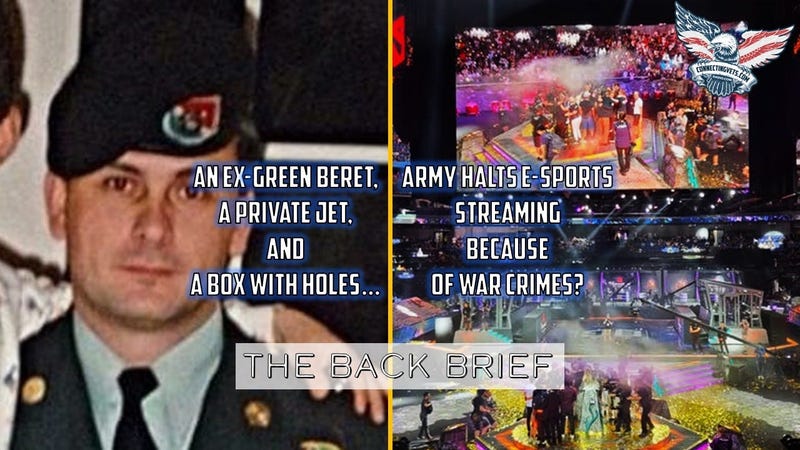 Ex-Green Beret Michael Taylor remains in jail pending extradition for a crime that his lawyers argue he has not even been charged with. Michael Taylor and his son Peter were both arrested and jailed by American authorities for allegedly helping beleaguered Nissan Chairman Carlos Ghosn escape from Japan while he was on bail. Then, the Army and Navy esports teams flummoxed by questions about war crimes on Twitch. The Army shuts down its streams, but will they return?

Also, check out our other podcast "VetStory" wherever you listen to podcasts.