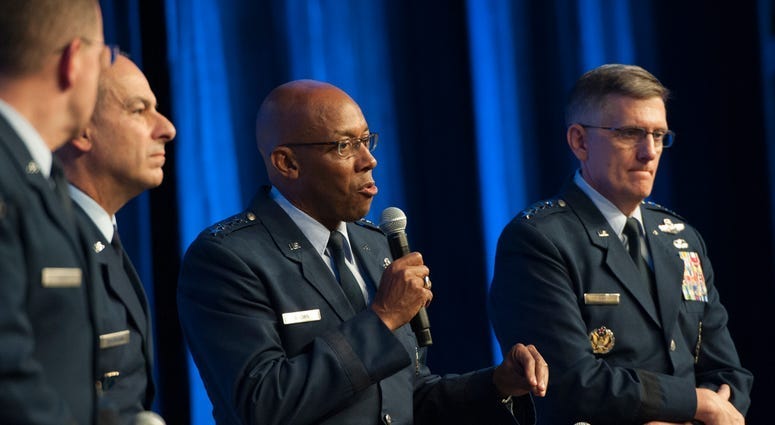 Gen. Charles Brown has been confirmed in a 98-0 Senate vote as the next chief of staff of the Air Force. Amid national unrest, Brown is the first black service chief.

While the other three nominees approved by the Senate Armed Services Committee at the beginning of May have since received consideration on the Senate floor, Brown's nomination was delayed, due to a legislative hold on his nomination placed by Sen. Dan Sullivan of Alaska, Defense News reported.

“You probably saw the confirmation hearing. I had some follow up questions on it. They got back to me now and so he’s cleared hot,” Sullivan told Defense News. “You know the nomination process, you’ve seen that I take it very seriously. The questions I asked are serious and then when we have questions for the record, they’ve got to be answered appropriately. So we’re just going through that. And we got there, so yeah he’s cleared hot.”

Sullivan's questions pertained to the Air Force's growing fleet of KC-46 aircraft -- and whether or not Brown believed any of those aircraft should be positioned in Sullivan's state of Alaska.

Brown is currently serving as the commander of Pacific Air Forces. The 1984 Texas Tech University graduate commissioned through the university's ROTC program before accumulating more than 2,900 flying hours including 130 combat hours -- primarily in the F-16 Fighting Falcon.

“I am truly honored and humbled by the nomination to serve as the Air Force’s 22nd Chief of Staff,” he said. “If confirmed, Sharene and I look forward to building upon the legacy of Gen. Dave and Dawn Goldfein and the many airpower giants before who have served our Air Force and our nation with such dedication.”

“CQ Brown is one of the finest warriors our Air Force has ever produced. He’s led worldwide – in the Pacific, Europe, the Middle East and Africa,” Goldfein said. “When it comes to global, operational savvy there’s nobody stronger. Congratulations to Gen. Brown on his nomination to be our next chief.”

The Air Force has been particularly vocal regarding the nation's current state of unrest in response to racial injustices. Before any other service chief or even Secretary of Defense Mark Esper, Goldfein released a statement describing the killing of George Floyd by a white police officer as a "national tragedy."

“Every American should be outraged that the conduct exhibited by police in Minneapolis can still happen in 2020,” Goldfein said in a memo released to wing commanders and first reported by Air Force Times.

"As I struggle with the Air Force’s own demons that include the racial disparities in military justice and discipline among our youngest Black male Airmen and the clear lack of diversity in our senior officer ranks … I can only look in the mirror for the solution."

Wright outlined steps he has taken and ones he plans to take to impact positive change in his community, for his airmen, and as a black American.

"I am Kaleth. I am a Black Man who happens to be the Chief Master Sergeant of the Air Force and I am committed to making this better," his thread ends.