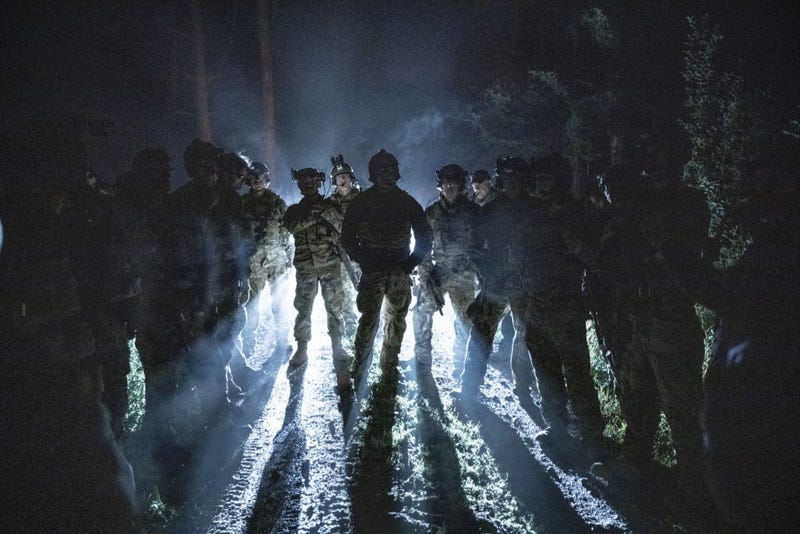 For the first time in history a female soldier will graduate from the Special Forces Qualification Course today and don the iconic green beret.

U.S. Special Forces are the only force in the military trained, equipped, and organized to wage unconventional warfare. Green Berets can be sent to train, advise and assist host nation governments in a wide variety of permissive and semi-permissive environments, or on the other hand, they can be deployed into denied territory, parachuting behind enemy lines and fighting a guerrilla war.

Their history traces back to the Jedburgh teams who infiltrated Nazi-occupied France, and the World War II-era Office of Strategic Services (OSS). Green Berets served in remote parts of Vietnam alongside South Vietnamese Special Forces, the Nungs and the Montagnards. Special Forces soldiers fought secret wars in places like Berlin during the Cold War and conducted lower visibility operations from Panama to the Philippines.

Today, this female Green Beret will become a part of that colorful history. Until recently, women like her were barred from frontline combat positions but today's landmark also calls back to Special Forces' OSS legacy in which women were often trained and deployed as operatives. Women like Virginia Hall and Rolande "Frenchy" Admundson deployed behind Nazi lines and made sacrifices during the war. Admundson was captured, sent to a concentration camp and tortured. Hall escaped France by walking fifty miles despite having a prosthetic leg.

Of what is known of today's female Special Forces soldier, little can be reported. Sources with knowledge said Special Forces command wants her to serve as an actual soldier, and conduct the mission that every Green Beret signs up for. That would be impossible if her name and image were all over the internet, if she was signing book and movie deals, or appearing in Army public service announcements.

What can be said is that she is of Eastern European descent and brings important foreign language abilities with her. While she came from a National Guard Special Forces Group, sources say she is being sent to 10th Special Forces Group which focuses on Europe as their area of operation.

Over the last few years, there has been consternation in the Special Forces community about these changes regarding the integration of women into the ranks, with some questioning the value of including women. With her background, language abilities, and now Special Forces qualifications, it appears that this soldier will answer that question in actions rather than words.