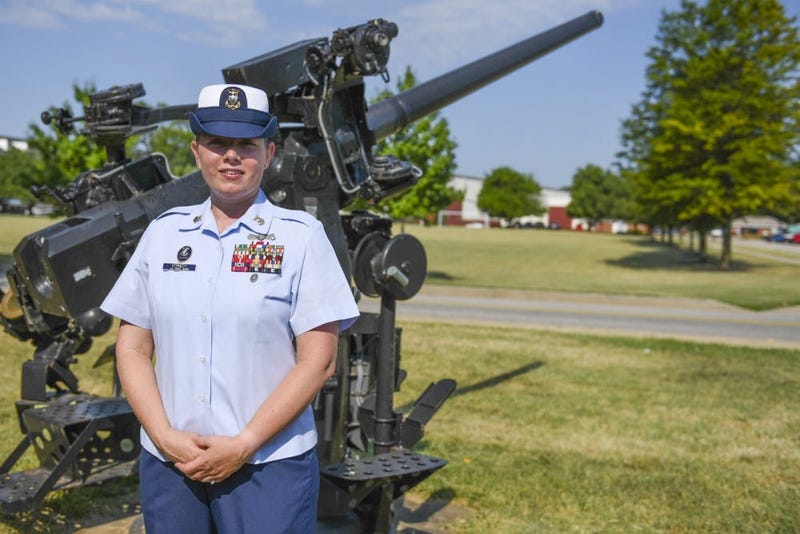 There has never been a female gunner’s mate in the 230-year history of the United States Coast Guard.

Laurie A. Kennedy became the first-ever woman to become a master chief in the gunner’s mate rating and the rating force master chief, the primary advisor and advocate for the job field, on Tuesday, the Coast Guard announced.

“When I joined I just wanted to be impactful,” she said. “I never would have imagined that I would be pinning on master chief and breaking a ceiling.  I’ve worked with those who believed that women shouldn’t be allowed to work in the Coast Guard but I also know that there have been women before me that have helped pave this path.”

Known to be exceptional marksmen and firearms instructors, gunner’s mates work with all types of ordnance, from handguns and rifles to shipboard cannons.

The Brooklyn, New York native  enlisted in the Coast Guard Reserves in 1999 and attended Gunner’s Mate “A” School. She graduated as a petty officer 3rd class gunner’s mate in July 2001.

For the first time in history, a woman will lead the Army Reserve

Following the attacks of Sept. 11, 2001, Kennedy received orders to the New York Detachment Sandy Hook Armory for two years. Upon the completion of that contract, she accepted the opportunity to join the Coast Guard full time as an active duty member.

“When I first came in there was no diversity,” said Kennedy. “At the time I was fortunate because I did have another female in the class with me. Once I actually got into the field I never saw another female GM for years.”

They were the first: How these military women smashed glass ceilings

Aware that she was significantly underrepresented in her field, Kennedy took this as a personal challenge to look inward and push herself to succeed.

“Find the opportunity in the difficult situations,” said Kennedy. “Appreciate the hardships — learn and believe in yourself.”

Although said she is honored to be the first female GM master chief, she said that her leadership goals will be geared toward the benefit of everyone in the rating.

Kennedy added that she did not act as if she was disadvantaged based on her gender.

“I’ve had multiple mentors in the Coast Guard when I first came in,”  she said. “I thought I had to work twice as hard to prove I was half as good because I was a female, but what they taught me was to be me, being me is good enough.”