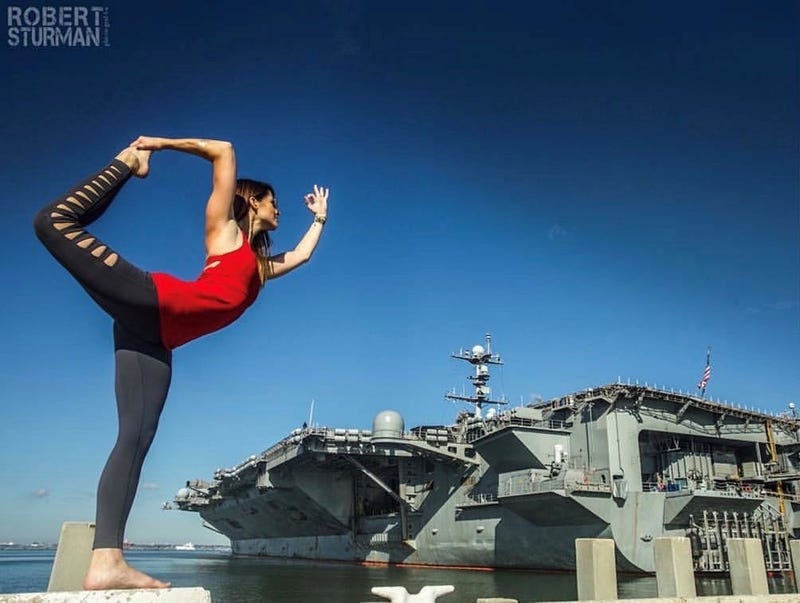 Liz Corwin is a thrill seeker and always has been. She was one of those kids constantly on the move, hanging upside down on clothing racks, climbing trees and roughhousing with her male cousins.

“I was pulled out of dance class,” she said. “And put into gymnastics.” She said she liked more physical sports and played on boy’s soccer teams.

“I liked that more energetic field.”

So it was inevitable that Corwin, 37, would end up flying a F-18E Super Hornet jet for the Navy. She said she didn’t set out to be a pilot. It was just her competitive nature to prove to herself and others that a “girl could do it” that drove her decision to join the military.

“I thought to myself,” she said. “What’s the most off-the-wall thing I can do?”

Her brother had joined the Army ROTC program, so Corwin decided to join the Navy ROTC at Vanderbilt University in Nashville, Tenn., She played with the idea of becoming a Black Hawk pilot and wondered what would be the most exhilarating and fun thing to do. So she applied to the aviation program in her junior year. She was accepted, and after her training in Pensacola, she received her wings.

She said it’s still a very male-dominated field and feels the pressure is even more intense for women.

“I applaud the women who came before me," she said. "When you’re in a plane, your voice stands out on the radio. Everyone is watching everything you do, and your missteps are more visible.”

In 2010, her sixth year as a fighter pilot, Corwin was on an eight-hour combat mission over Afghanistan when she was involved in a mid-air collision. She said she looked out her cockpit window and noticed that she and her wingman were on the same converging path. She then tried to use an evasive measure, but was unable to avoid having her wingtip clipped.

With an hour to go before reaching the USS Harry S. Truman aircraft carrier, her fear was that she would not be able to control the jet and more importantly, would she be able to catch the wire?

“It was the longest hour of my life,” she said. Not only did she make it safely back, but she executed a perfect landing with a damaged aircraft.

Corwin said during that hour, she relied upon the breathing techniques she had learned from yoga to keep her calm. “You got this,” she said to herself. As a nascent pilot, she began practicing yoga to help her deal with the pressures of flight school. “It was so competitive,” she said.

Corwin said she couldn't turn off the self-criticism that ran through her head.

"But with yoga, I could turn down the volume." 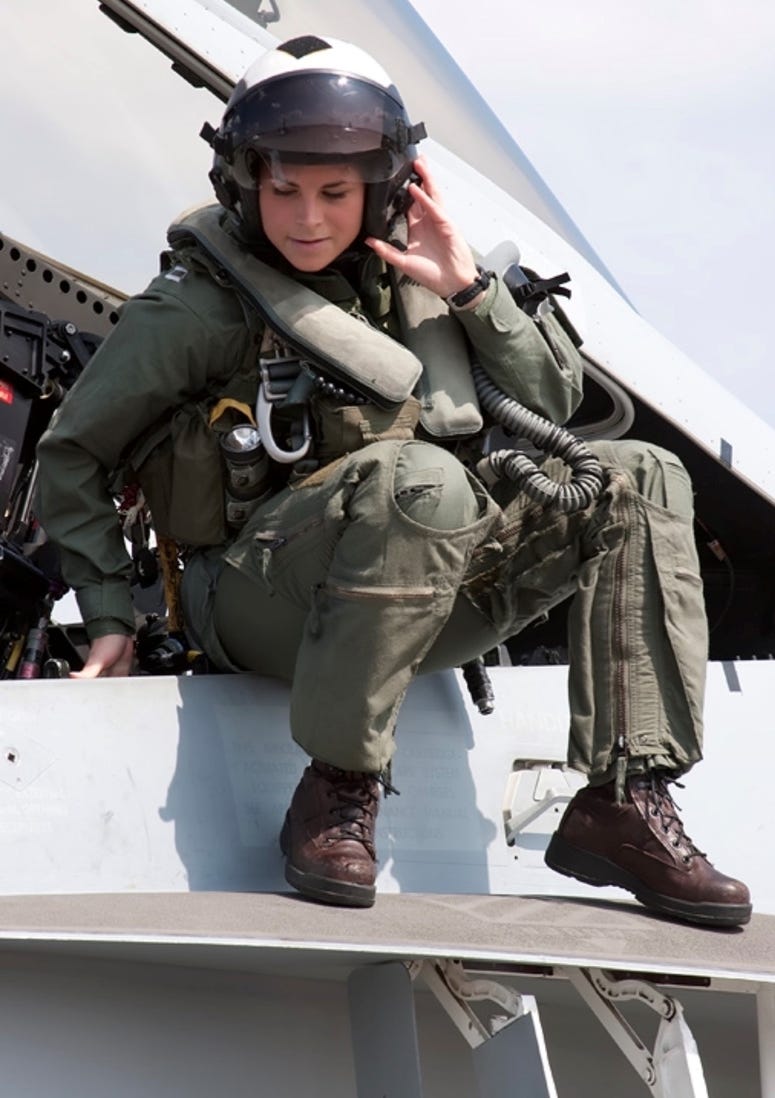 While on the aircraft she would lead yoga classes and taught others how to use it as a relaxation technique. After her accident, she decided to get out of the Navy and relied on yoga to get her through some tough times.

Corwin left the Navy in 2012, and in 2016 started her own company, Walk About Yoga. She organizes retreats that combine adventure and culture with a heavy dose of yoga. She said she tries to pick different locations each time, but repeat favorites are her Soul Sisters retreat to the Amalfi Coast, and a ski and snowboard trip to Austria.

Corwin is a Lt. Cmdr. in the Navy Reserves and works with the Naval War College Reserve Unit in Newport, R.I. She honors military veterans by offering a free spot in one of her retreats (air-fare is not included). Veterans are invited to fill out an application as to why they’d like to participate. She started raising money on Giving Tuesday a couple of years ago, to raise money for the winner.

Her next trip is a safari and yoga trip to Tanzania.“Yoga has changed my life,” Corwin said. “How could I not share this?”

Although Corwin still has her pilots license, she said she doesn't have a desire to fly planes. "It just wouldn't be as fun as jets."

"But maybe a sea plane would be fun!"

Reach Lisa at Lisa@ConnectingVets.com
Want to get more connected to the stories and resources Connecting Vets has to offer? Click here to sign up for our weekly newsletter.