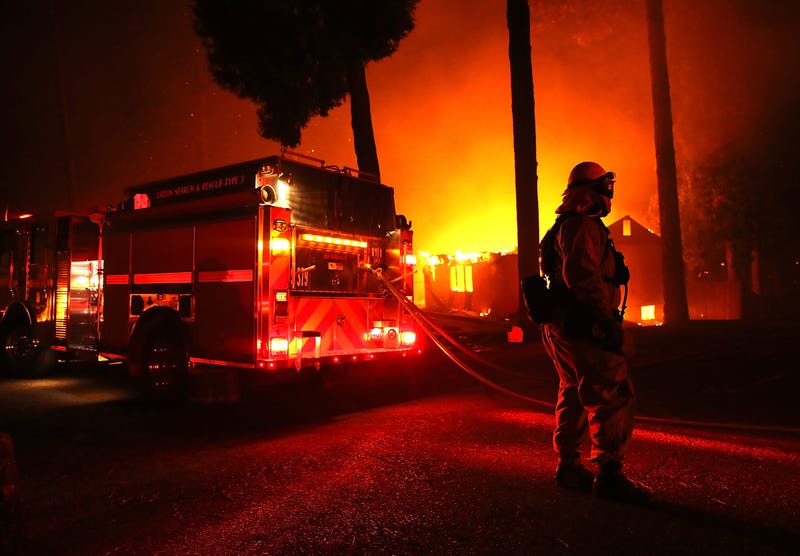 On his way to an apartment complex in Phoenix, Arizona to meet a friend for an early morning workout, Marine vetean Phillip Blanks had no way of knowing what he would soon be confronted with.

When he arrived, one of the apartments was on fire.

"People were screaming 'there are kids up there' and to throw the kids down," Blanks told WWMT.

There were two kids inside, a three-year-old boy named Jameson and an 8-year-old girl named Roxxie. Their mother, Rachel Long, emerged from the flames onto her third-story balcony. She dropped Jameson over the railing, making a last-ditch effort to save her son's life. Standing below, Blanks reacted, falling back on his training as a high school football player where he was a wide receiver and his time in the U.S. Marine Corps.

As Jameson fell, he was "twirling like a helicopter," as Blanks later described it.

"I saw another guy was standing there ready to catch the boy, but he didn't look like he was going to do it, so I stepped in front of him. The way I caught him damaged his foot, but the most important thing is his head was safe," Blanks said to WWMT. The catch was caught on film by a bystander recording it on their phone.

A bystander came forward to wrap Jameson in a wet sheet to help ease the pain of his burns while first responders began to arrive.

Meanwhile, bystanders were saying that there was another child in the apartment. D’Artagnan Alexander was passing by on his way to the barbershop where he works when he heard the commotion and saw the flames. He made his way up to the third floor through the smoke and fire.

“I heard someone scream for help and I found the girl on the floor and carried her outside,” Alexander told the Washington Post. “Everything happened so fast. I didn’t have time to think, my body just kicked into action and I went in.”

He suffered some minor burns but saved Roxxie's life. Down below, she was reunited with her younger brother.

The mother of the children never emerged from the apartment and died in the fire.

Alexander and Blanks have since met with the father of the children who was at work when the fire broke out.

When asked about the incident, Blanks said that the mother, Rachel Long, is "the real hero in this story, not me."

"She had the strength and the courage to get them outside — that's powerful. To be in that type of situation and still care about life, not yours, that's very strong of her. She's a warrior," he told KPHO-TV.