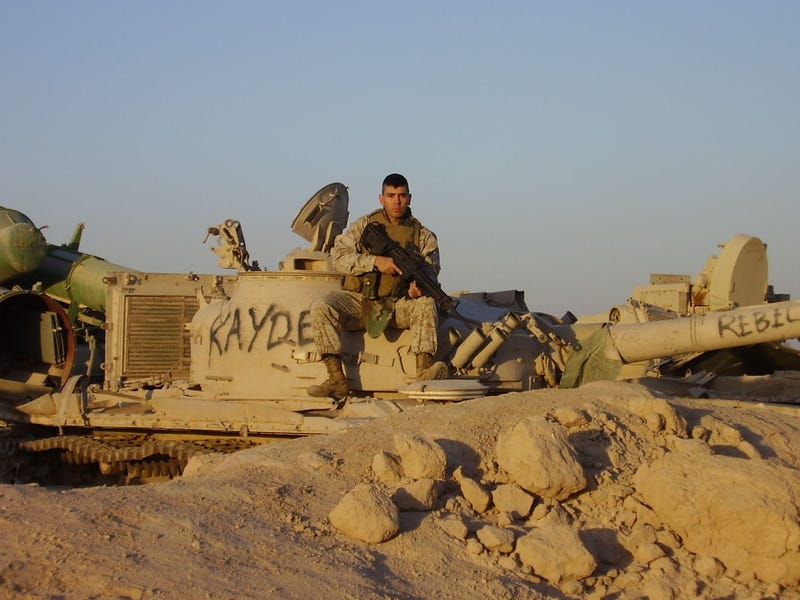 Marine Corps veteran Roman Baca is no stranger to tough challenges — from classical training in ballet to his eight years as a Marine and the challenges of reintegration. But even after all those obstacles, some of the symptoms of COVID-19 were like nothing he had ever experienced.

Baca joined the Marine Corps in 2000 — shortly before the attacks on 9/11. Up until then, he had been a classically trained ballet dancer.

"Before the war, before the Marine Corps, I trained in ballet for many years and ended up performing as a professional ballet dancer," Baca said. "I moved away from ballet to the Marine Corps because I wanted to do something bigger. I felt that dance, at the time, and what I was doing, wasn't contributing to all these social problems that were going on. I thought the Marine Corps would give me the tools to impact other people in a positive way as well as to fight for those who couldn't fight for themselves."

So Baca spent eight years with the Marine Corps infantry as an anti-tank missile assault man before he had to face his next challenge — reintegration.

"You're angry, you're anxious, you're depressed," Baca's girlfriend told him. He had accepted a job at a corporate company, settled down with her — but wasn't the same person he had been before. So, he decided to try going back to his previous passions.

"When my girlfriend sat me down she suggested that I go back to dance to reconnect with others and reconnect with a part of myself that I had lost in Fallujah," Baca said. "I started that in 2007 and have been doing that ever since. And that journey kind of taught me about war through choreography and dance. It's taken me around the world to stages and VA hospitals and medical centers and that's kind of just who I am."

Baca now works to offer the healing power of dance to other veterans through an international arts organization that communicates stories of the impact of war through dance and choreography in order to facilitate empathy-building, healing and peacebuilding. 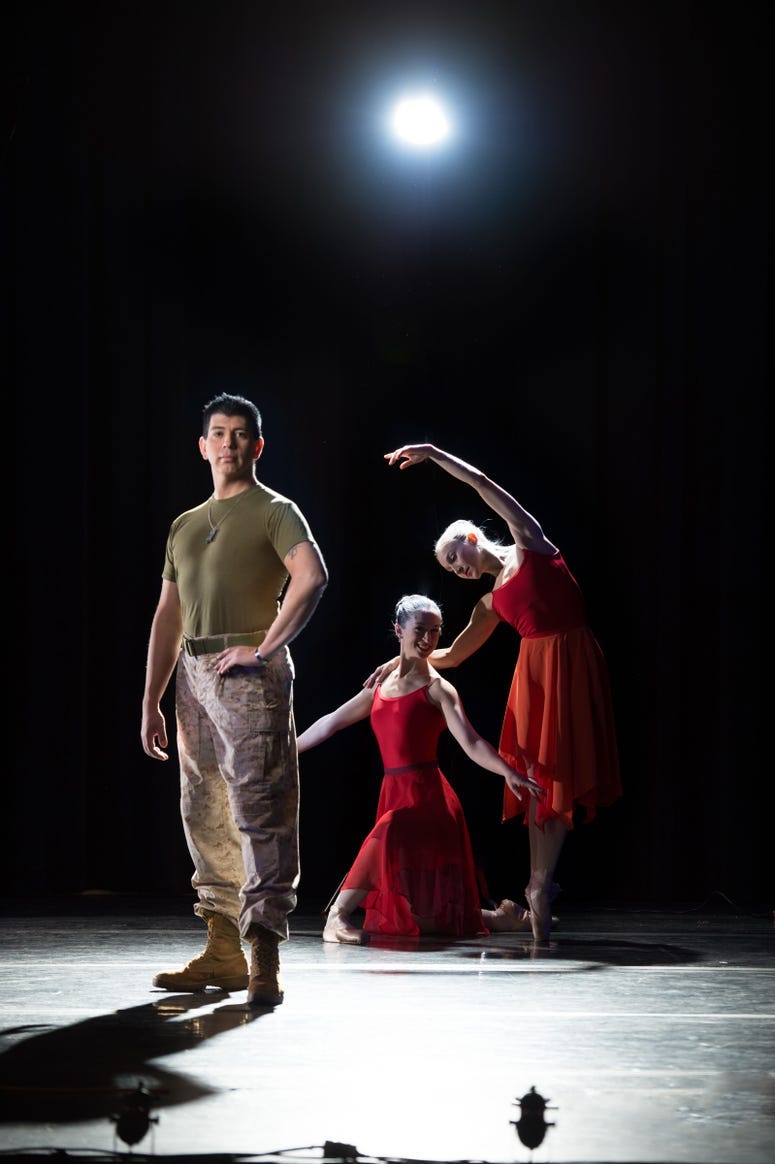 Now, Baca has had to face a new challenge — one neither the Marine Corps nor dance could have prepared him for.

That night was one of "sleeplessness," he said. Baca was unsure how his respiratory system, compromised by years of burn pits on deployment with the Corps, would handle the respiratory disease that health professionals still know little about.

Baca self-quarantined in his home. His wife slept on the couch. He disinfected any parts of the house he entered. And they waited for his symptoms to go away.

"The symptoms were some of the worst I've ever had. The fevers were horrible. The aches and pains were unbearable. And the fatigue was something I had never felt. I had never been in a situation where my legs would decide that they just wouldn't hold me up anymore because of the way the virus was attacking," Baca explained.

So what tips does a former Marine have for powering through COVID-19?

"One of the things that helped me through it was leaning on those around me," Baca said. He reached out to friends who were medical professionals. He leaned on his wife for support.

Now, on the other side of the virus, Baca is concerned about veterans who may not know who to lean on.

"When COVID started I and four other veteran art practitioners got together and foresaw that issue of veterans who are already introverts, already in a way self-isolating, or socially at a disadvantage because of invisible injuries or things that they were dealing with. This situation could exacerbate that in a very, very bad way," he said.

"We quickly spun up a portal that we're calling the Veterans Art Workshop Online Portal to offer opportunities for veterans to come in and do art classes, do art gatherings, do writing workshops, or theater workshops, or movement workshops to address things that we knew were going to get worse."

Veteran mental health care delivered by phone skyrocketed 280 percent in March, from 40,000 February appointments to more than 154,000 in March indicating that many veterans are feeling the emotional and mental impacts of the virus.

But Baca also said he saw a silver lining — something positive from the pandemic.

"I think there's a lot of good coming out of the pandemic. I think we're seeing the country come together in a wave of support and a wave of togetherness that we haven't seen since 9/11," Baca said. "I think that is one thing that this country is known for. Especially places like NYC and places where we know the benefit of coming together and growing as a collective. It's something we did in the military and those reverberations are being felt now."