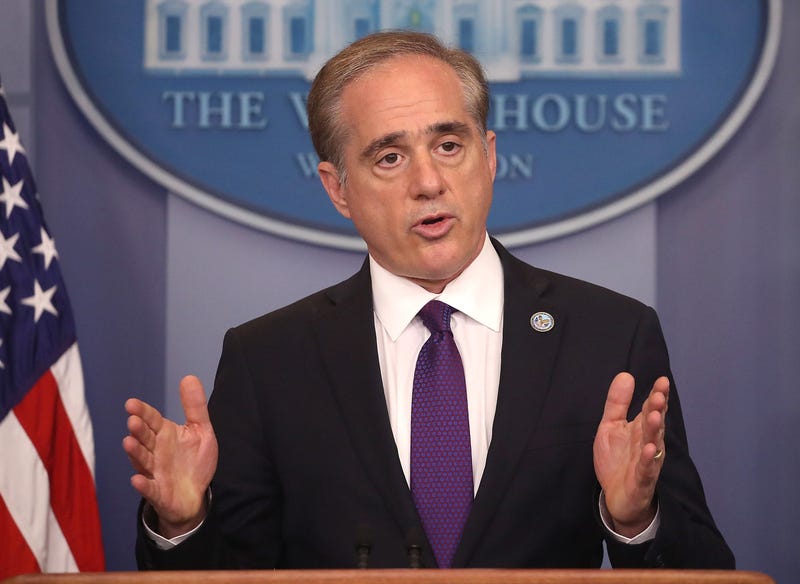 Former Veterans Affairs Secretary Dr. David Shulkin continues to believe that veterans should receive their health care wherever their individual best outcomes can be achieved.

And it doesn’t matter to him whether that’s at a VA medical facility or in the private sector.

“I believe that the health care system should be based on individual patient’s clinical needs,” he said. “I’m a doctor. I’m always looking at what’s best for my patient.”

In his recently released book, “It Shouldn’t Be This Hard To Serve Your Country: Our Broken Government and the Plight of Veterans,” Shulkin describes how his efforts to privatize some parts of the VA health care system were derailed by a small group of unnamed  and unelected officials appointed by the Trump White House.

Hear our full interview on the podcast VetStory:

“I made it clear that while I was a strong supporter of working with the private sector, of creating a system that allowed veterans to take advantage of the best the VA had to offer and the best the private sector had to offer,” he said. “I was in strong support of maintaining a system of care for our veterans that is the Department of Veterans Affairs and modernizing the system and improving it.”

Shulkin was confirmed as VA Secretary in a 100-0 vote by the Senate on Feb. 13, 2017, the only member of President Donald Trump’s cabinet to receive a unanimous confirmation.  Shulkin blamed his March 28, 2018, firing on some in the administration who thought he wasn’t moving towards privatizing the VA system fast enough.  He added that the “political toxicity” that had developed in Washington has made it difficult for those who want to serve in government to get their jobs done and to focus on the mission of helping those who need help.

“Many of those differences just turned into political fights and that just distracted from the mission of improving care for veterans,” he said.

Shulkin said some of the biggest policy disagreements he had centered around what he called access standards to care – or rules that govern which veterans can go to the private sector for care.

“The Mission Act right now uses standards that are based on drive times and wait times,” he said.

That means veterans who live near VA medical centers are often prohibited from receiving health care in the private sector.

Shulkin said he wrote his book to highlight the areas where the VA system is working and where it needs to be fixed.

“I wanted to be sure that I shared everything I knew about what was working, what wasn’t working and put in a claim for it so that future leaders of the VA could pick up and benefit from the experience I had,” he said.

Among the things that the VA does well are rehabilitation and behavioral health, Shulkin said. He said the private sector should be utilized to provide services in areas that the VA is lacking in  such as suicide prevention. He is particularly supportive of the agency partnering with community organizations to prevent veteran suicide.

Shulkin said he is also a  proponent of VA research on the effectiveness of medical marijuana.

“I think this is something that needs to be done,” he explained. “I do believe VA needs the legislative support to be able to do this in a way that takes the red tape out of the process so they can do this type of research. I hope this type of legislation moves forward because it’s the right thing to do for veterans.”

He also noted that the VA has made great strides in creating environments that women veterans feel comfortable in, but more work remains to be done.

“We need to get to a point where all veterans are created equally,” Shulkin said.

Shulkin added that there is no reason for anything that benefits veterans to be politicized.

“We have to think differently about impacting people’s lives,” he said. “It just doesn’t’ happen in hospitals or a physician’s office. This is really looking at health as a community experience.”

Will the VA research marijuana for veterans” We asked Shulkin ourselves