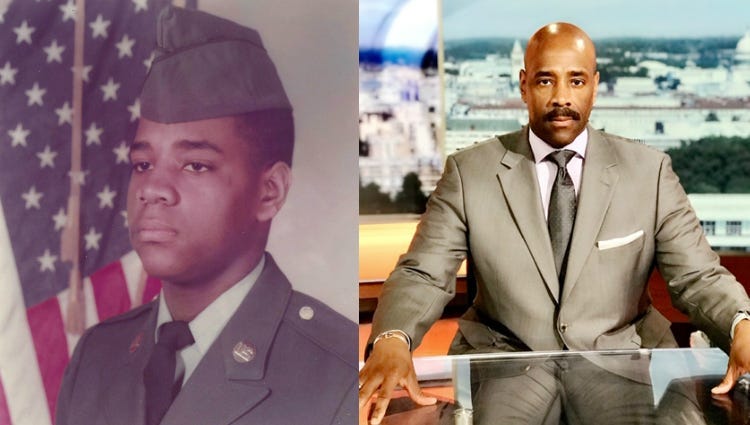 April 3, 2019 04/03/2019 2:48 pm
Army vet Nick Smith, news anchor and host for Fox 5 DC, may be one of the most recognizable faces in our nation's capital these days but during his four years on active duty, he was behind the camera. The Chicago native was an 81E in the Army, spending most of his time stationed in Germany producing and editing training videos.

Smith says he joined the Army because he didn't have a plan, and calls it one of the best decisions of his life. Still, Smith says some vets are surprised to learn that his days in uniform weren't spent at American Forces Network. For Smith, the broadcasting bug bit him after his four years were up. He liked working with cameras and thought he'd like to find work in the TV world, but he wasn't sure in what capacity. 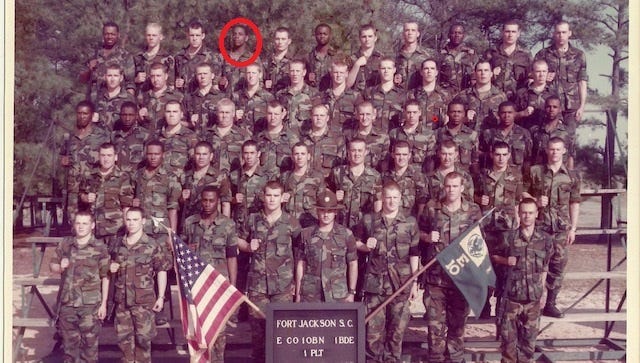 So how did he go about making the move? It started with pursuing his education through the GI Bill, becoming the first in his family to earn a degree before moving on to grad school at Emerson College in Boston. Smith says he was offered a job to shoot video by a news station in Boston straight out of grad school. As the new guy, he was assigned to neighborhoods the more experienced crew would rather avoid.

RELATED: He was headed for prison, but became a Navy SEAL instead

"These areas were kind of rough," Smith says. "You were out there by yourself. There weren't cell phones. We had either the 2-way radio or a pager... that pager went off, it gave you an address, you went and shot video, and you came on back."

Eventually, Smith's good work, and personality caught the attention of the news director who decided to try him out as an on-air reporter. While he admits to being incredibly nervous about making the transition, it ended up being a natural fit for the man who says he's always been a talker. Over the next years, Smith would spend time at several stations across the country paying his dues while honing his skills as a broadcaster.

For those who'd like to follow in his footsteps, Smith warns that they shouldn't expect to be an anchor in a top-10 market right away. Anyone wanting to work in media, he says, needs to get in where they can and work their way up.

"I genuinely believe the pie is big enough for everyone to have a slice, but nobody's gonna give it to you," Smith says. "...I would tell them to go someplace where they can honestly learn the craft. You know, learn how to communicate. Learn how to have that conversation with somebody and learn how to listen."

RELATED: General Larry Spencer: A 44-year journey from one stripe to 4 stars

While those last few tips are specific to journalism, Smith says the overarching theme of putting in the work towards something you love applies to any career field.

"It's not rocket science," Smith says. "I really do believe that. I think you've got to find what it is you want to do and what area you enjoy."

You can hear the full interview with Nick Smith below.