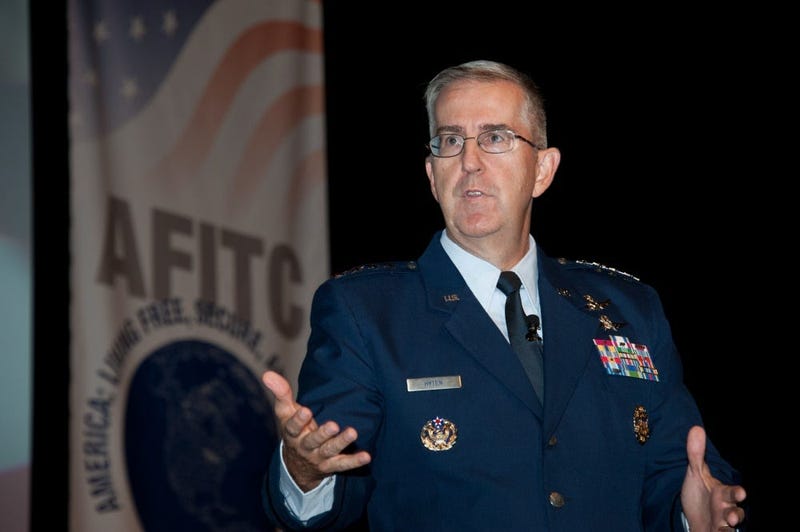 A federal judge has ruled to allow a lawsuit alleging a sexual assault perpetrated by Air Force Gen. John Hyten to go forward. As Gen. Hyten is currently the vice chairman of the joint chiefs of staff at the Pentagon, the case puts the entire military on trial.

Col. Kathryn Spletstoser has claimed that Hyten attacked her in 2017 when he was the commander of STRATCOM. The current lawsuit as filed in Southern California was amended from the original which included allegations of numerous other sexual assaults as well as claims that Hyten retaliated against her for refusing his advances. Military investigators determined that there was not sufficient evidence to substantiate her claims but the case will now move forward in civilian courts.

Hyten is perhaps the highest ranking member to ever face a sexual assault charge, an issue that the military has long struggled to grapple with.

In a closed session testimony in front of congress last year Spletstoser told lawmakers that if they confirm Hyten for vice chairmen of the joint chiefs that, "even if the investigators determine that there was no evidence to show that the victim was lying…no one will believe her anyway, so why even bother reporting," Politico reported.

"If he’s actually confirmed as vice chairman, it tells every general officer or flag officer that they’re above the law, that victims do not matter. ... You will not have victims coming forward when justice doesn’t get served. We have a horrible track record on this anyway,” she said.

Hyten has denied the allegations against him. Congress confirmed Hyten in September.

.@Senmcsallyaz: "The truth is that General Hyten is innocent of these charges. Sexual assault happens in the military. It just didn't happen in this case. I pray the accuser gets the help she needs…"

"The truth is that General Hyten is innocent of these charges," Sen. Martha McSally said back in July.

McSally claimed that thorough review of Hyten's conduct had been made.

"Sexual assault happens in the military. It just didn't happen in this case," she said in a hearing.

McSally is herself a survivor of military sexual assault, revealing last year that she was raped by a superior officer. Despite confirming Hyten, she implored service members not to take the wrong message and reiterated that sexual assault allegations need to be throughly investigated. She also chastised those who make false sexual assault accusations for the detrimental effect they have on service members and the armed forces as an institution.