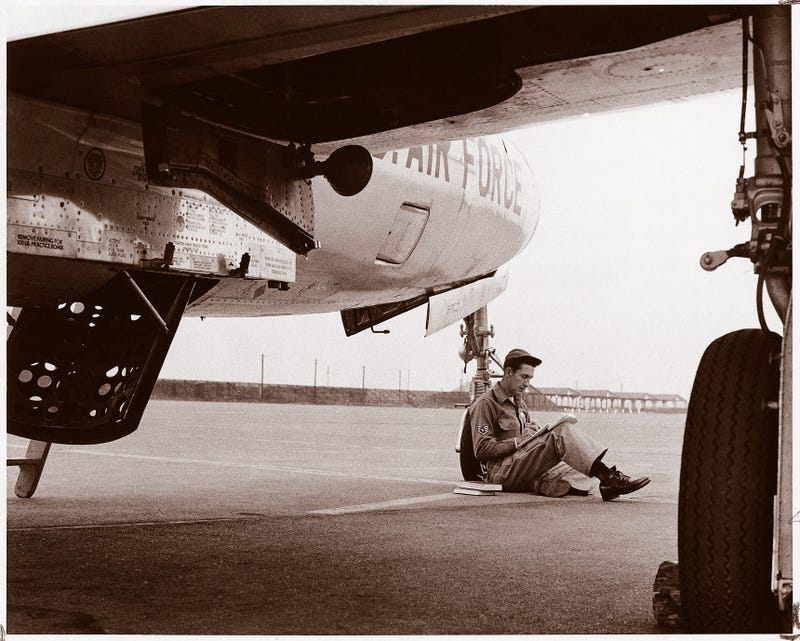 This year marks the 75th anniversary of the passage of the Servicemen’s Readjustment Act of 1944, which has become known as the “GI Bill.”

When President Franklin D. Roosevelt signed the bill into law on June 22, 1944, he wrote: “With the signing of this bill a well-rounded program of special veterans’ benefits is nearly completed. It gives emphatic notice to the men and women in our armed forces that the American people do not intend to let them down.”

The legislation made provisions for education and training, guaranteed low-cost home and business loans, rehabilitation and job placement programs, and veterans’ health care.

The educational provisions in the bill changed the course of American history.  Immediately following World War II, approximately 8 million veterans enrolled in higher education programs, causing the number of degrees awarded by U.S. colleges and universities more than doubled between 1940 and 1950. Higher education went from something that was only available to the elite, to an attainable goal for the average American. Many of these veteran students became the first in their families to attend college.

This investment in education set the stage for the nation to become the world leader in scientific and technological advances, and launched one of the greatest periods of economic growth in history.  Paul Lawrence, VA Under Secretary for Benefits has said that when looking at the significant technological advances of the last 75 years, some of the credit for that must be attributed to the GI Bill.  Since 1944 over 25 million beneficiaries have used GI Bill education benefits, and the VA has paid-out about $400 billion in education-related GI Bill payments.

That impact continues today, linking education to military service and bringing quality recruits into the armed forces.  The GI Bill has democratized higher education, bringing a college degree within reach for all who are willing and able to serve their country.  As education costs continue to rise, the GI Bill remains one of the greatest drivers of upward mobility for low- and middle-income families.  Just last year alone—under its most widely-used GI Bill education benefit, the Post-9/11 GI Bill—the VA paid over $4.6 billion to over 685,000 beneficiaries.

The GI Bill continues evolving to better serve the nation’s veterans.  With the passage of “Forever GI Bill” changes in 2017, these benefits will always be there to reinforce the nation’s commitment to ensuring the quality of the armed forces and to the concept that higher education fuels both personal and national economic success.

When signing the original GI Bill legislation, Roosevelt also wrote that “What our servicemen and women want, more than anything else, is the assurance of satisfactory employment upon their return to civilian life.”

That continues to be true today. While the landscape of higher education, fueled in part by the GI Bill, has changed tremendously in the last 75 years, what remains the same is the desire for access to the opportunities offered by higher education – a new job, a better job, a career change, and economic success and well-being.

For the past 75 years, the GI Bill has brought those opportunities within reach for all who are willing and able to serve the nation.

VETERANS SHOWCASE: Education, love  of family and country at the heart of everything this Air Force vet does

VETERANS SHOWCASE: Army veteran goes from being homeless to being leader of the Maryland National Guard