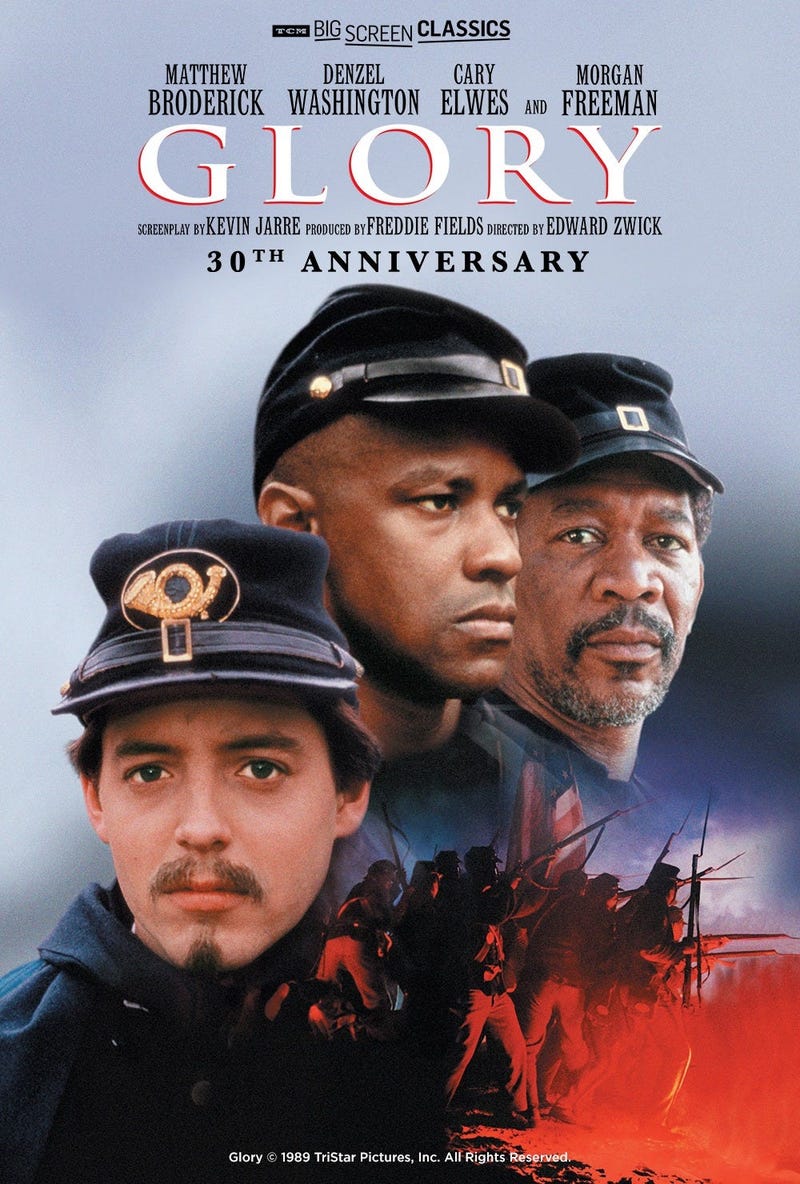 “Glory” is making a return to theaters around the nation next month, three decades after the Academy Award-winning motion picture was released.

It tells the story of 54th Massachusetts Infantry Regiment and the Second Battle of Fort Wagner, which occurred at Morris Island, S.C. in July 1863. The 54th was comprised of black soldiers and was formed following the Jan. 1, 1863 issuance of the Emancipation Proclamation, which allowed black men to serve in the American Army and Navy. However, only white officers could command the regiment.

“Leading the direct assault under heavy fire, the 54th suffered enormous casualties before being forced to withdraw,” reads an entry at the National Archives. “The courage and sacrifice of the 54th helped to dispel doubt within the Union Army about the fighting ability of black soldiers and earned this regiment undying battlefield glory.”

The film will be shown in more than 600 theaters around the county on July 21 and 24,  according to a release from Fathom.

TCM Primetime host Ben Mankiewicz will provide historical context of the film both before and after its showing.