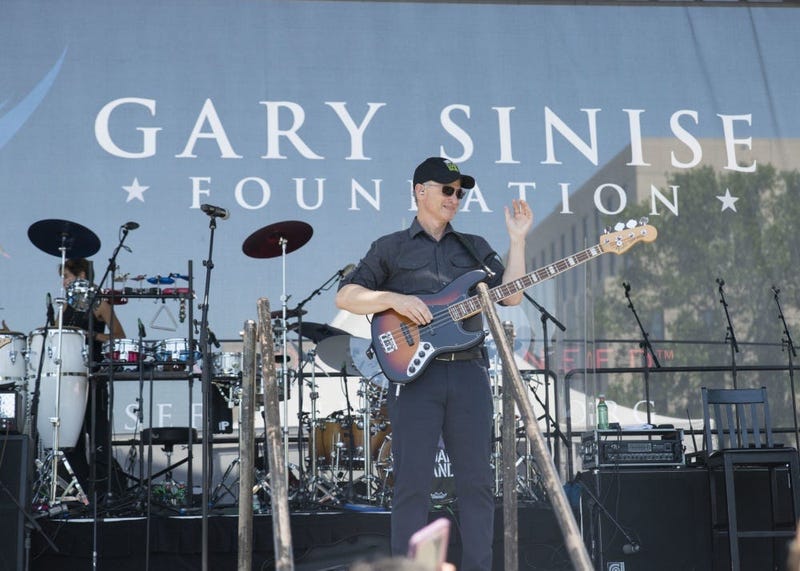 Actor Gary Sinise and his alter ego, Lt. Dan, are getting some big name love this Valentine’s Day.

Sinise’s Hollywood friends and many of the veterans he’s helped during his decades-long service to the military teamed up in a surprise video tribute to the Forrest Gump and CSI:NY star in honor of the Feb. 12 release of his new book, Grateful Americans.

“Your commitment, your dedication, your effort,” said Ron Howard, who directed Sinise and Tom Hanks in Forest Gump. “You’re awesome.”

Veterans and their families also joined first responders in the video to say thanks to Sinise. One of the most emotional thank-you’s came from an unidentified veteran standing in front of the home he received from the Gary Sinise Foundation’s RISE program.

“We wouldn’t have had it were it not for your kindness, graciousness and your wonderful gift of giving,” the vet says.

“You are the real deal,” added Elaine Rogers, president and chief executive officer of USO-Metro.

Retired Gen. Colin Powell also makes an appearance to thank Sinise for everything he’s done for those who have served in the nation’s armed forces.