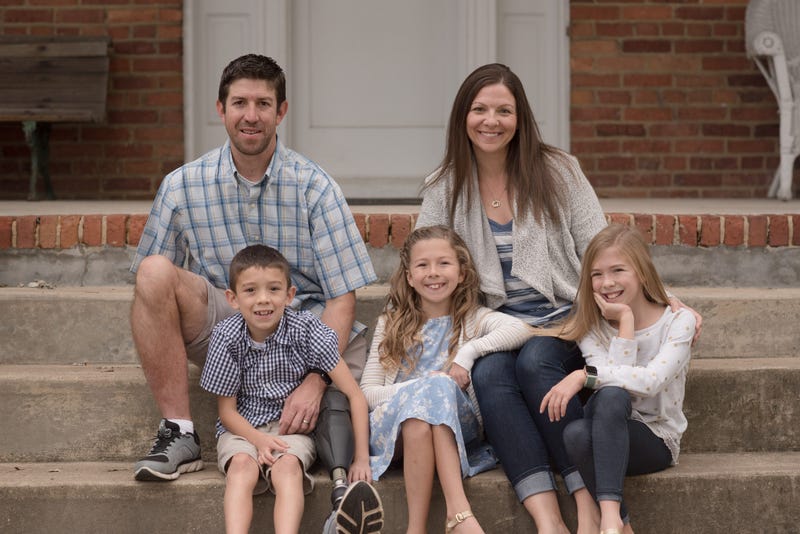 Veterans like retired Army Capt. Ryan Kules and their families often have to limit their house-hunting to accommodate for disabilities caused by catastrophic wounds during service. But that could change if a bill passed by the House Tuesday evening gets a similar nod in the Senate.

For veterans like Kules, doors have to be widened, showers reworked, bedrooms on the ground floor and more. In 2005, while deployed to Iraq, Kules' vehicle was hit by an IED in the road. He lost his right arm and left leg in the blast.

For the Kules' first home, he and his wife, Nancy, were able to use money from a Department of Veterans Affairs program to provide grants to severely disabled veterans to renovate their homes to account for their disabilities. But when Kules and Nancy wanted to move to a new home for their growing family, they had to start all over -- and pay out-of-pocket.

That's why Kules and the Wounded Warrior Project championed a change to that program that took an important step Tuesday. A bill named for Kules passed the House by voice vote. The legislation would expand the Specially Adaptive Housing grant program, increasing the overall amount by 15 percent -- up to $98,000 -- and allowing eligible veterans to use it once every 10 years, or the average amount of time Americans live in a house before moving.

“Today’s vote is a great step toward ensuring wounded veterans have access to flexible resources to adapt their homes, which helps meet their changing needs throughout life,” said retired Army Capt. Ryan Kules, Wounded Warrior Project director of combat stress recovery, namesake of the housing grant bill. “The proposed changes will reduce financial stress for families like mine who use or need the Specially Adapted Housing benefit, and it will give them more peace of mind, freedom, and comfort in their homes. I’m grateful for the representatives who supported this act, and I look forward to its swift passage in the Senate.”

“This act will provide significant economic relief to many wounded warriors and their families as they make their homes more livable, navigable, and comfortable. Our nation’s wounded warriors fought hard for us, and we’re pleased to see Congress fighting for them," said Wounded Warrior Project CEO retired Lt. Gen. Mike Linnington.

The House passed six bills in total that could benefit veterans on Tuesday, including legislation aimed at women veterans’ health care, debt relief as well as the Kules Act.

Each of the bills passed the House and will now head to the Senate for consideration, with the exception of the Senate’s Legion Act, which should head to the president’s desk for final approval.