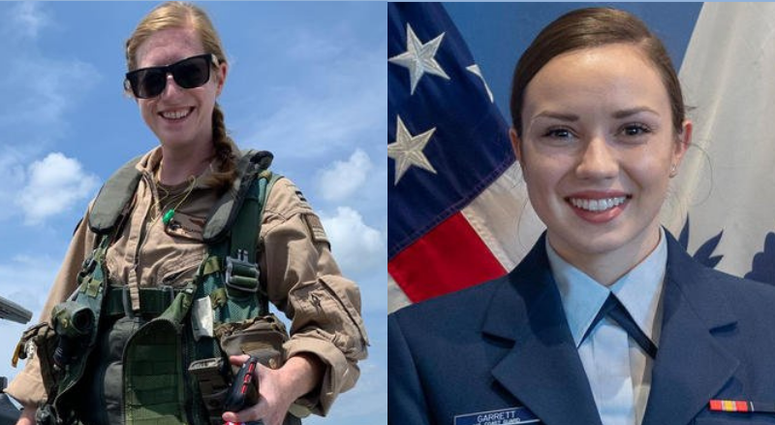 Last week, two female aviators -- a Navy instructor and a Coast Guard student pilot -- were killed when their T-6B Texan II crashed 30 miles after taking off. This crash came only days after a Navy fighter jet crashed in the Mojave Desert, although Its pilot safely ejected.

Now, the Navy has ordered an operational “safety pause,” and it’s not the first time one branch of the Armed Forces or another has done so following a series of flight mishaps. But what benefit do safety pauses serve -- and are they enough?

On Monday, Naval aviation units not currently deployed were told to pause flight operations, according to a release from Vice Adm. Kenneth Whitesell, commander of Naval Air Forces. The pause is meant to allow leadership time to focus on risk mitigation.

In May of this year, Eglin Air Force Base did similarly after pilots from the Florida base crashed two fighter jets in five days -- an F-35 and an F-22. Neither crash resulted in any deaths and the pause only impacted Eglin rather than the entire Air Force, but the goals were similar -- reassess risk mitigation efforts.

As far as was publicly released, no sweeping changes came from Eglin’s pause and none have been mandated from the Navy’s pause either. So do these pauses really do anything to help mitigate aviation mishaps? Or are they more like time-out for commanders to think about what they did -- or did not do?

Two years ago, the Government Accountablity Office released a report on a study of aviation mishaps across the Department of Defense. The study said nothing of “safety pauses,” but did identify ways that the DoD could work to reduce the number of aviation mishaps.

In short, a lot of it comes down to data.

The 2018 report found that DoD does not collect standardized aviation mishap data, lacks consensus in its reporting of causal factors and does not consistently collect relevant training data to analyze trends in mishaps.

Each branch has procedures and processes in place for reporting on training accidents, but those measures are not standardized across the force. “Mishaps,” the DoD’s term for these training accidents, are broadly categorized into classes. A "Class A Mishap" involves a death, or more than $2 million in damages to federal property.

But much further categorization and data is likely needed, said Cary Russell, director of GAO's Defense Capabilities and Management team. Accidents must be categorized by vehicle type, financial losses, deaths and investigation results in order to identify the trends and systemic issues the GAO hopes to mitigate. At this point, the DoD lacks such comprehensive data.

To the Navy’s credit, prior to these most recent aviation mishaps, the Navy had successfully made it an entire year with no aviation-related deaths -- for the first time in almost a century.

Now, it resets the count to zero and takes a pause.

The GAO has not conducted any studies specifically on the benefits of safety pauses and whether or not they have any immediate impact on a given unit or branch’s safety. But if these pauses allow additional time and effort for leaders to investigate the causes behind each mishap, that data could greatly contribute to identifying the trends Russell mentioned.

Overall, across the Department of Defense from 2006 to 2020, 5,605 service members were killed in training accidents. This represents 32% of all reported active-duty military deaths for that time period and is double the percentage of troops killed in action.