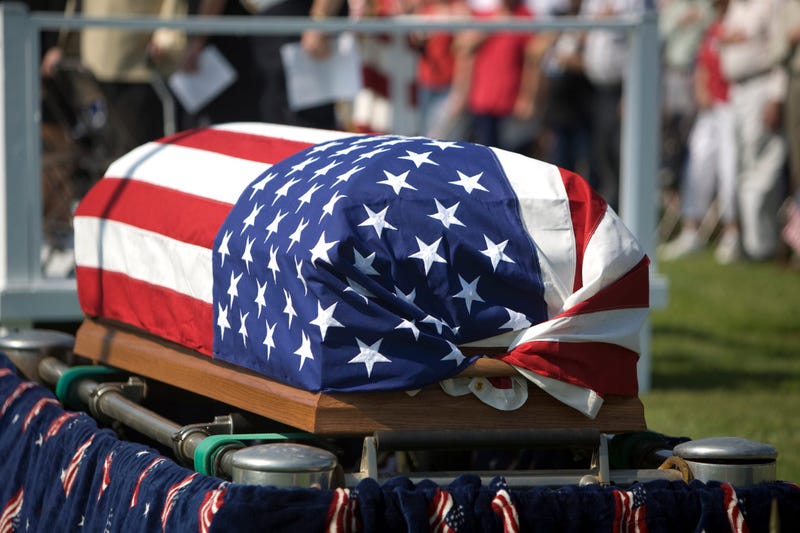 Dale Wayne Quick lived his 91 years quietly and simply in Lincoln, Nebraska.  His wife had died 32 years ago, and for the past 17 years, he lived in a rehabilition center.  He had no known survivors or relatives.

But Quick was a U.S. Army Korean War veteran, serving 7 years from 1947 to 1955.  And for that, the good folks at Roper & Sons Funeral Services felt Quick was owed Full Military Honors and a rightful burial.

So they put out a call for Lincoln residents to come honor the quiet and simple veteran.

Monday morning, the Roper & Sons chapel overflowed with guests, honoring a man they did not know, but who's dedication to country and service they admired.

Dale Quick served in the U.S. Army from 1947 to 1955. He is a Korean War veteran (the military conflict took place between 1950-1953).
Quick has no known family survivors. & after getting the word out on social media, hundreds are currently attending his funeral service. #LNK pic.twitter.com/zqcTbD8XCt

Both Nebraska Gov. Pete Ricketts and Sen. Ben Sasse were even in attendance.

"The response has been absolutely phenomenal, so we're very proud. It's about honoring a veteran, someone who served our country as long as he did,” said Tom Roper, president of the funeral home to KOLN.  Roper said they wanted to honor Quick as he deserved.  Quick had drawn up his funeral plans in 1988, listing his siblings as relatives, but they'd both since died.

Quick was buried with full military honors, next to his wife, Caroline, who died at 42.