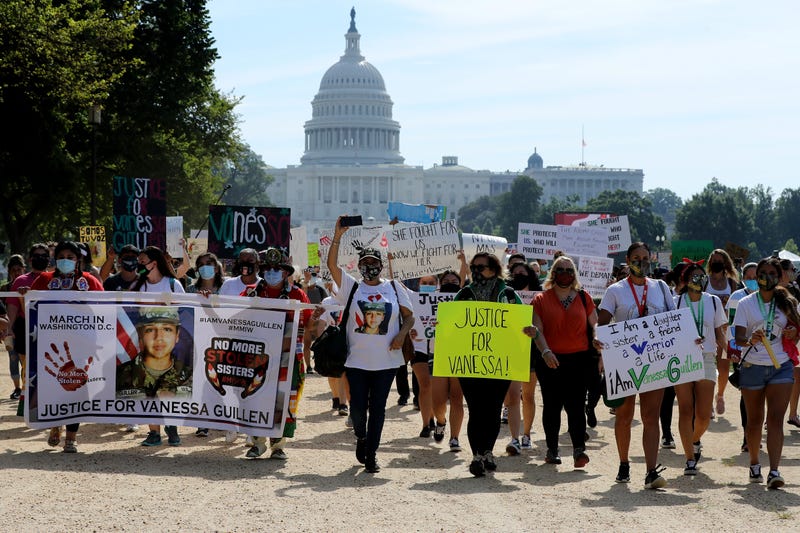 "This piece of legislation is going to transform a tragedy into change," Rep. Jackie Speier, D-Calif., said Wednesday. "Not just ordinary change, but tectonic change."

"Over the past decade, we've thrown billions of dollars at the problem of sexual harassment and assault int he military -- and yet 120,000 service members in 2018 indicated that they had endured sexual harassment with fewer than 1% making a formal complaint," Speier said.

"The voices of those survivors have never been louder or more clear," Speier added. "This is the military's #MeToo moment."

The bill comes after months of press conferences, marches, hearings, and lobbying on behalf of Vanessa Guillen by her family members, members of Congress, and women veterans. The family even met with President Donald Trump at the end of July to share their story and explain their efforts.

The fight is still not over, however. And the family believes Spc. Vanessa Guillen will go on fighting for her fellow service members for years to come.

"In her death, she's going to serve her brothers and sisters in arms for years to come and protect those other men and women that maybe didn't have a voice before," Rep. Markwayne Mullin, D-Okla., said.

"My daughter has made history and will help save the lives of many," Gloria Guillen often says in Spanish, according to Garcia.

In addition to the legislation, a Congressional investigation of Fort Hood is ongoing to determine what led to not just Vanessa Guillen's murder but also the deaths of 28 other service members at the installation this year alone. The investigation will determine if recent deaths "may be symptomatic of underlying leadership, discipline, and morale deficiencies throughout the chain-of-command.”

“Our soldiers and their families deserve the truth,” family attorney Nathalie Khawam said when the investigation was announced.

With Pelosi's support Speier said she expects the "I Am Vanessa Guillen" Act to pass the House swiftly -- and she counts on the Senate to do the same.