So, everything you think you know about Independence Day - July 4th - is probably wrong.

And it starts with: we didn't declare independence from England on July 4th.  It was actually July 2nd.

Here's how it went down, according to ConstitutionFacts.com:

July 2, 1776:  The Pennsylvania Evening Post published a statement, "This day the Continental Congress declared the United Colonies Free and Independent States."  THAT was the official declaration of independence.

"the Second of July, 1776, will be the most memorable Epocha, in the History of America. I am apt to believe it will be celebrated, by succeeding Generations, as the great anniversary Festival."

Check this:  some historian found this letter years later, and changed the date to July 4th, in keeping with the 'story' of the holiday.  Oops.

But they didn't sign it that day.  It still needed to be rewritten.  Again.

Penmanship was a big deal back then.

July 19, 1776:  Once all thirteen colonies gave the thumbs up, Congress ordered the document be “fairly engrossed on parchment,” or in other words, written in large clear hand. Timothy Matlack, the assistant to the Secretary of the Congress, was the penman.  So Thomas Jefferson composed the eloquent document outlining the foundation of our independence, but he didn't actually "write" it.  Make sense? 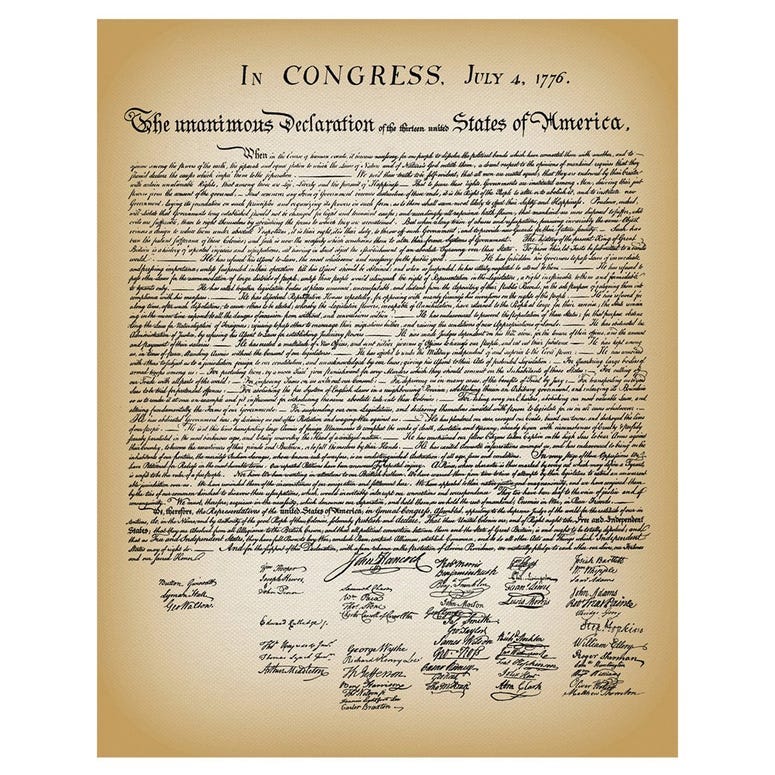 August 2, 1776:  This is the day that the Declaration of Independence was finally signed by most of the delegates of the thirteen colonies, starting with John Hancock, who was President of the Congress. Did you know it is signed by state, from north to south?

Want to get more connected to the great stories and resources Connecting Vets has to offer? Click here to sign up for our weekly newsletter.
This story was originally published in June 2018