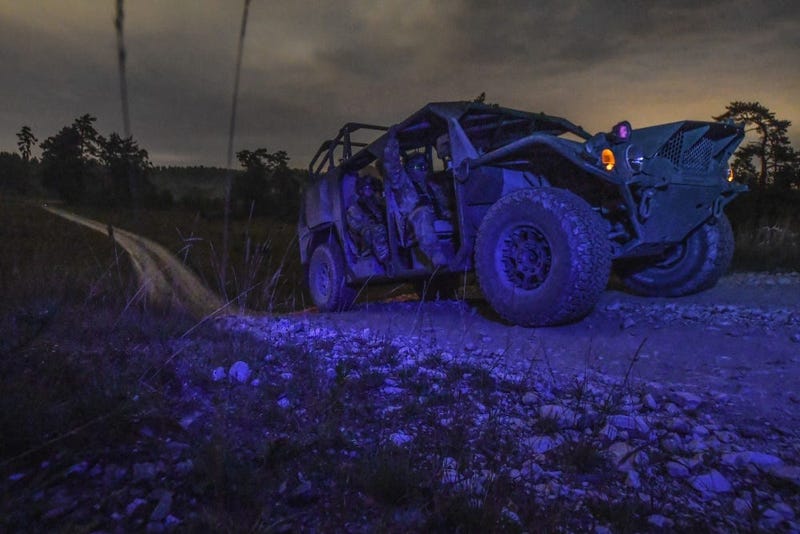 Throughout the Global War on Terror, there was an inertia within the military to make vehicles bigger and more heavily armored as troops were being killed by so-called road side bombs known as improvised explosive devices. Service members were often forced by geography to travel on main highways, where paved roads existed in Afghanistan and Iraq, that became known as Main Supply Routes or MSRs.

This made soldiers easy pickings for terrorists to ambush. All they had to do was set a bomb along the road and wait for the next American convoy. As the war progressed, more and more armor was placed on U.S. military vehicles with soldiers eventually buttoning up inside the massive Mine Resistant Ambush Protected (MRAP) vehicles.

Weighing in at 14 to 18 tons, the MRAP cannot be flown into combat zones by helicopter or brought in by any other means easily. Going armored came at the cost of mobility, which is something the Army recognized in 2015 in the The U.S. Army Combat Vehicle Modernization Strategy. The challenge in developing a tactical vehicle for future infantrymen lays in, "designing combat vehicles that protect Soldiers against threats and deliver precision lethality while providing both tactical mobility and global responsiveness within the limitations of vehicle cost and weight," the report said.

"Cost and weight factors limit the attributes of protection, lethality, and mobility possessed by any combat vehicle."

Too much armor negates mobility but sacrificing it leaves soldiers less protected even if they become more agile.

The report goes on to describe the type of conflicts that the infantry is likely to be engaged in on tomorrow's battlefields. Warfare on the ground will happen at a faster pace, favoring quick decisive action. The enemy will use anti-access/area-denial strategies to keep the U.S. military away from their installations, requiring the infantry to have even greater standoff.

In other words, infiltration routes will be stretched out over long distances. Soldiers will have to penetrate deep behind enemy lines as enemy counter-measures will prevent large troop buildups, prevent naval power from getting too close, and otherwise putting an end to the era of mega-forward operating bases seen in Iraq and Afghanistan. However, the report also notes a big shortcoming is that the infantry lacks mobility assets once it actually deploys to an area of operation.

"This vehicle is essential to defeating local fortifications, point defenses, and blocking positions to maintain momentum," the reported stated. "Without the combat vehicle, the infantry BCT requires reinforcement with heavier armored vehicles for close combat against capable enemies." With this in mind, GM Defense was awarded the contract to supply 649 Infantry Squad Vehicles (ISV), which are first being delivered to the 82nd Airborne Division.

The lightweight vehicle almost looks like a dune buggy but carries a 9-man infantry squad. It can be slung loaded under a UH-60 Black Hawk or loaded into a CH-47 Chinook. GM developed and delivered the vehicle in just 120 days, using 90% commercial parts.

The Army plans to field over 2,000 ISVs in the coming years.