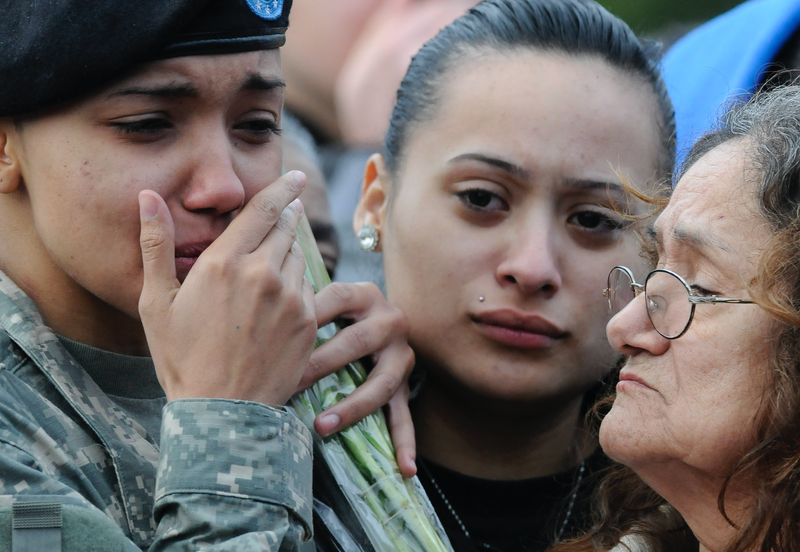 No comprehensive data, research, or list of active shooter incidents on military installations across the Department of Defense exists. The Office of Inspector General is now working to change that.

The IG announced at the end of July that it would research DoD law enforcement organizations’ response to active shooter and workplace violence incidents. The research will compile policy and guidance documents, response plans and a list of previous active shooter and workplace violence incident investigations -- for the first time in the DoD's history.

"Our research will include speaking with senior officials and managers from USD (I&S), the military services’ law enforcement organizations, military criminal investigative organizations, and the Pentagon Force Protection Agency," the project announcement reads.

The most recent active shooter incident on a military installation was at Twentynine Palms Marine Corps Air Ground Combat Center in California. The incident turned out to be a suicide. Lance Cpl. Casey Hayden of the 7th Marine Regiment, 1st Marine Division died of a self-inflicted gunshot wound on July 7.

On May 21 of this year, Adam Alsahli opened fire on a security gate at Naval Air Station Corpus Christi in Texas. He injured a sailor on guard duty before she was able to neutralize him. The FBI determined the shooting was an act of terrorism.

Perhaps most notably in recent years, Mohammed Saeed Alshamrani, an aviation student from Saudi Arabia, opened fire in a classroom on Naval Air Station Pensacola on December 6, 2019. Alshamrani killed three before he was killed by responding law enforcement officers. The shooting has since been determined to be an act of terrorism and sparked a review of the vetting process for foreign nationals training with the U.S. military.

Two days before the NAS Pensacola shooting, an active-duty sailor station at Pearl Harbor in Hawaii killed two civilian Department of Defense employees and wounded another before killing himself.

The most deadly active shooter incident to occur on a military installation remains the Nov. 5, 2009 shooting at Fort Hood in Texas -- an installation currently facing increased scrutiny. Maj. Nidal Hasan, an Army psychiatrist, opened fire in a readiness processing center on post, killing 13 and wounding 32. Hasan was in communication with an al-Qaida leader prior to the attack. Four years later, Fort Hood was again the site of a deadly active shooter incident when Spc. Ivan A. Lopez opened fire killing three and injuring 16 others before killing himself. Lopez was being treated for post-traumatic stress disorder.

These are just a handful of the long list of active shooter incidents to occur on military installations -- a largely metaphorical list until the IG completes its project. The project announcement offered no further information on parameters of what constitutes an "active shooter incident" nor whether the project was sparked by any incident in particular.

But the project appears to align with the military's recent "reckoning" in the wake of the murder of Spc. Vanessa Guillen. The IG project joins the list of initiatives, operations and investigations prying into the military's perceived complacency when faced with issues of racism, sexual assault and murder.