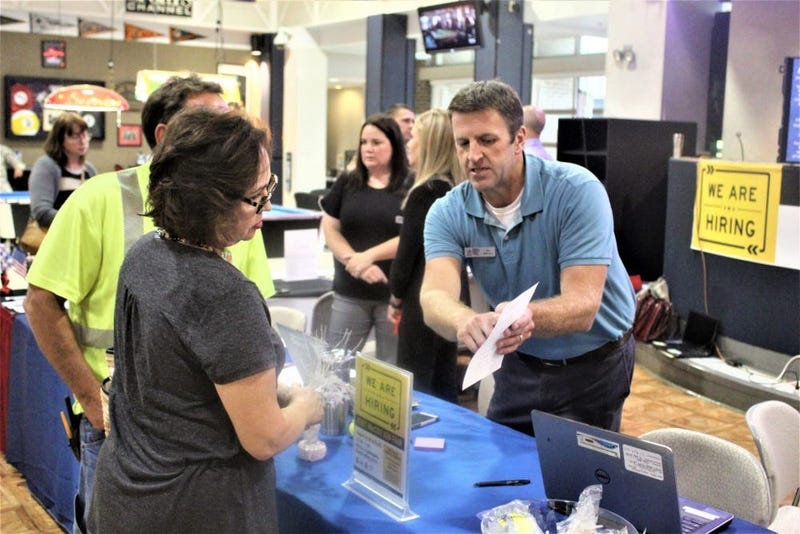 The numbers for veteran unemployment in 2018 are, generally, quite good, with only 3.5% of all veterans without jobs. Overall, things are looking good, but you need to take a deeper dive into the numbers to get a full picture of the issue.

Rosalinda Maury of Syracuse University's Institute for Verterans and Military Families (IVMF) says that the numbers reveal some interesting things. One example is the details on women veterans, who as a group have an unemployment rate of 3.0%, lower than their male counterparts, but the stats show significant differences in the rate based on age.

"When you look at female post-9/11 vets, their unemployment is at 3.5% so it's a little higher than the average (woman) veteran unemployment rate," Maury says. "I think a lot of that has to do with age as well."

Maury says the younger a veteran is, the more likely he or she is to be unemployed, as is the case with the general public. While that factor is not unique to veterans, the overall numbers for the 18-24 year old veterans point to it being a bit worse in the vet community, to the point where they are one of the only vet groups lagging behind the general numbers. 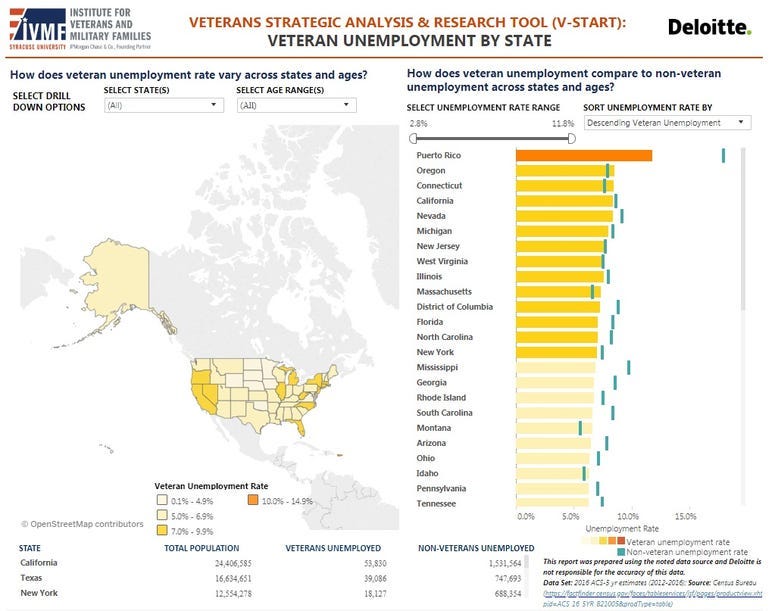 Maury says the percentage drops by more than half for the 25-34 age group, and continues to gradually decrease in each higher age bracket.

Another disparity is with African-American and Hispanic vets, whose rates are at all-time lows across the board, but still lag slightly behind other veteran groups.

To allow anyone interested to look through the data by state, county, age, and other factors, IVMF offers the free V-START online tools.

You can hear the full interview discussing the 2018 BLS jobs report with IVMF's Rosalinda Maury below.