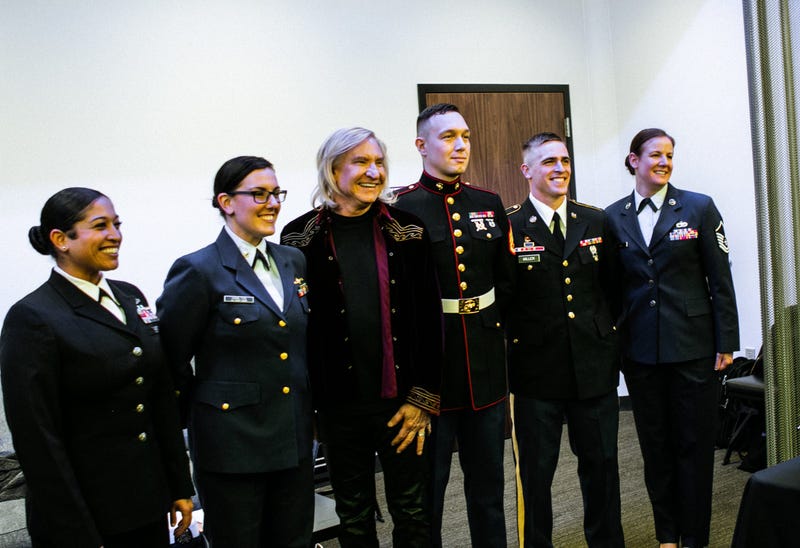 Want to hear some great music and help veterans at the same time?

Legendary Eagles guitarist Joe Walsh and some of his friends are bringing VetsAid 3 to Houston, Texas on Nov. 10.

“The Doobie Brothers just signed on,” Walsh said. “That’s a pretty darn good evening of music for one ticket.”

“I’m looking for smaller, vet run organizations,” Walsh said.  “Those are the people I want to fund.”

In its first two years, VetsAid has distributed nearly $1.2 million in grants to veterans’ services organizations on the national and regional levels with a focus on the festival’s host city. This year, VetsAid plans to disburse grants to Houston-area organizations. A job fair at last year’s event helped 40 vets land employment, Walsh said. 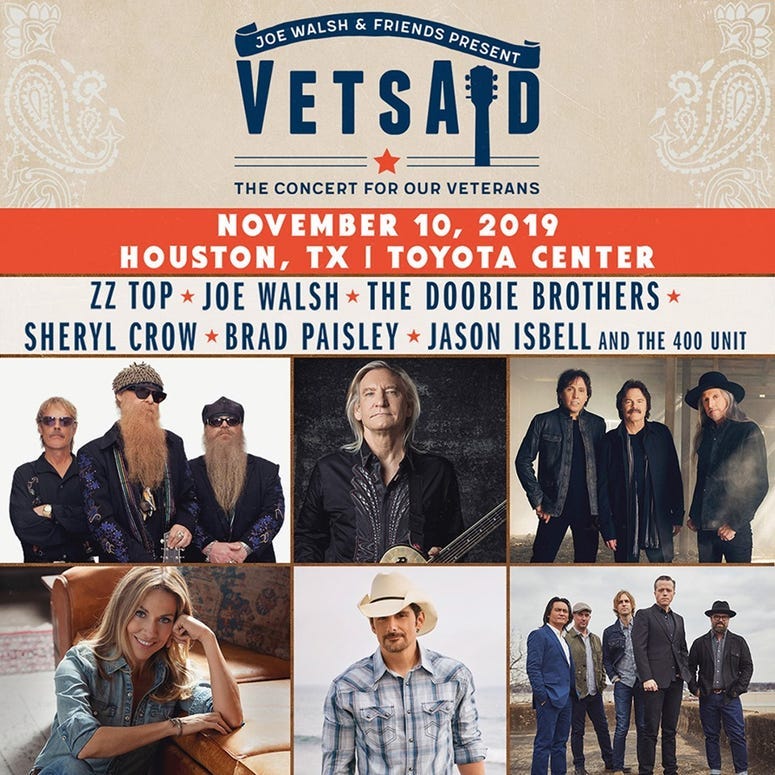 Walsh said asking his friends to take part in the inaugural VetsAid in 2017 was hard, but that’s not the case anymore.

“It’s getting easier now that it’s the third year,” he said. “It’s amazing across the board, in all genres of music of how everybody is aware of vets and the difficulty in the transition back to civilian life.”

Walsh himself is a Gold Star son. His father was a flight instructor for the first American operational jet-powered aircraft, the Lockheed F-80 Shooting Star. He died while stationed on Okinawa when Walsh was just 20 months old.

Hear our full interview below: