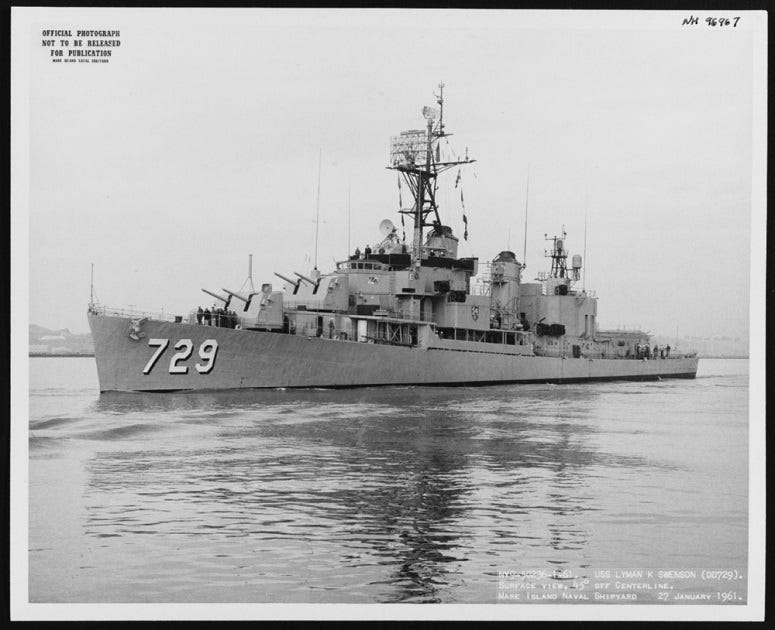 Photo credit Official U.S. Navy Photograph, from the collections of the Naval History and Heritage Command.
By Connecting Vets

“I cannot understand why you want to go over there?”

That’s what Lloyd Granaas’ commander told him when he volunteered to go to Vietnam in 1968. As a sailor who helped to bring his current ship up to speed, Granaas felt like he accomplished his job and wanted to better serve the Navy and his country during a time of war.

Today, Granaas, 76, is one of the tens of thousands of “blue water” Navy Vietnam veterans who served on ships during the war, exposing themselves to the toxic herbicide Agent Orange, but are left fighting for benefits from the Department of Veterans Affairs. 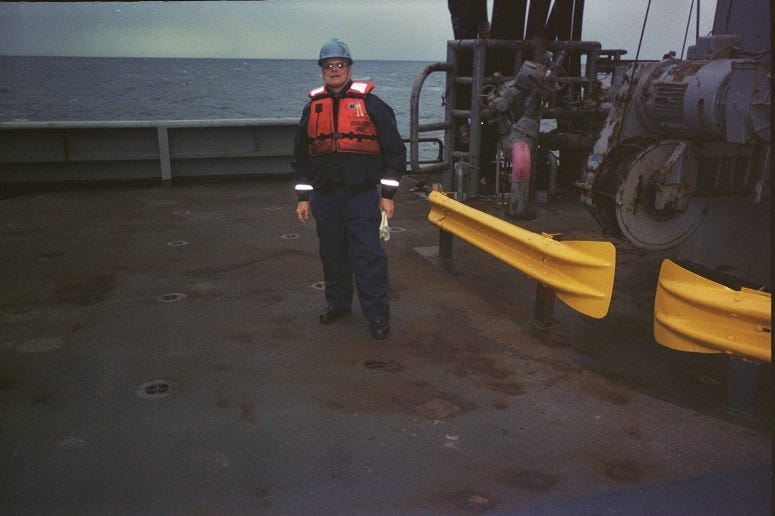 While his ship was in Da Nang Harbor, he was in charge of the engine room. “That stuff was contaminated to hell,” he tells ConnectingVets. Granaas spent days at a time cleaning out a condenser that filled with dead fish, eels, octopuses and other marine life.

Whatever was in the harbor, the ship sucked up, including what ran off into the waters from the land, like Agent Orange.

After filing claim after claim for neuropathy, heart disease, and other ailments he believes are connected to his exposure, he was granted a 100 percent VA disability rating for his non-Hodgkin’s lymphoma in 2012.

In 2018, however, it was rescinded. According to Granaas, the VA said at the time, he was cured of the cancer.

Granaas is just one of the tens of thousands who stand to benefit from a recent court ruling. In late January, a federal court decided that "blue water" sailors like Granaas are eligible for benefits to treat illnesses linked to exposure to Agent Orange.

When the Court of Appeals for the Federal Circuit ruled 9-2 in favor of 73-year-old Alfred Procopio Jr., who served on the USS Intrepid during the war, it unlocked benefits for others like him.

That decision was handed down 10 years after the VA denied his disability claims for prostate cancer and diabetes. The ruling essentially reverses a decision from the Court of Appeals for Veterans Claims that upheld his denial since Procopio could not prove he was directly exposed to the herbicide.

If he or Granaas had ever stepped foot on land in Vietnam, however, the VA would assume exposure. That’s because a ruling in 2008 agreed with the VA’s policy of extending benefits to veterans who have served on the ground during the war, but not the tens of thousands of sailors, like Grannas and Procopio who served honorably aboard ships stationed in Vietnam’s territorial waters.

That means the burden of proving exposure rested on the shoulders of these veterans, and even though the court ruling in January favored people like Granaas and Procopio, Matthew Hill, an attorney with the law firm Hill & Ponton, says they aren’t entirely out of the woods yet.

“The VA still has a window to decide if they want to appeal in the Supreme Court,” Hill tells ConnectingVets. “If the law stays as it is then everybody has to fight one on one to get their benefits if they are a blue water sailor.” 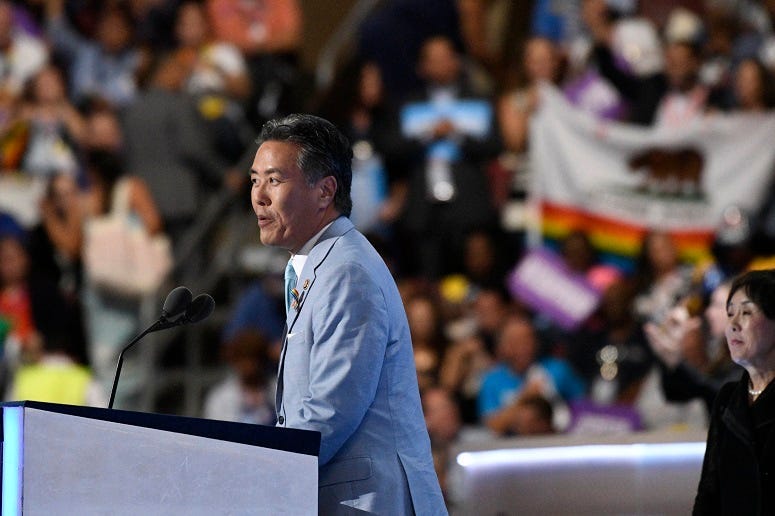 But challenging the Federal Appeals decision in the highest court in the land would limit the amount of Vietnam veterans who could receive disability and compensation benefits. So why would the VA want to do that? Hill says it’s all comes down to dollars.

The VA has “looked to restrict the benefits of Agent Orange in as many ways as they can, and they found one very large group they can cut out with their regulations with blue water veterans,” says Hill.

Even if the Solicitor General, who represents the federal government before the Supreme Court, files an appeal and wins there’s another pathway to benefits for these veterans—Congress.

Last year, the House unanimously approved the legislation expanding benefits to “blue water” veterans, but the bill stalled in the Senate after VA Secretary Robert Wilkie and multiple former VA secretaries, came out publicly against it, against the wishes of several veterans organizations.

RELATED: "What next?": Blue Water Navy Veterans prepare to start over

Wilkie cited at the time the high costs and lack of scientific evidence that these veterans were ever exposed.

If, however, this Congress takes up and approves legislation sending it to the White House for the president’s signature, “blue water” veterans would not need the ruling from the Supreme Court to unlock benefits.

There’s already bipartisan support to renew the legislation. In his first act as chairman of the House Veterans Affairs Committee, Rep. Mark Takano (D-Calif.) called on his colleagues to support the Blue Water Navy Vietnam Veterans Act of 2019.

More recently, Rep. Phil Roe (R-Tenn.), the committee’s ranking member, said on Full Measure with Sharyl Attkisson ,“If you are a veteran who served on the surface, that you will have these presumptions (of exposure), the same presumptions that any other soldier, sailor, airman, marine that put their feet on the ground in Vietnam had.”

“We’re going to treat everybody the same,” said Roe.