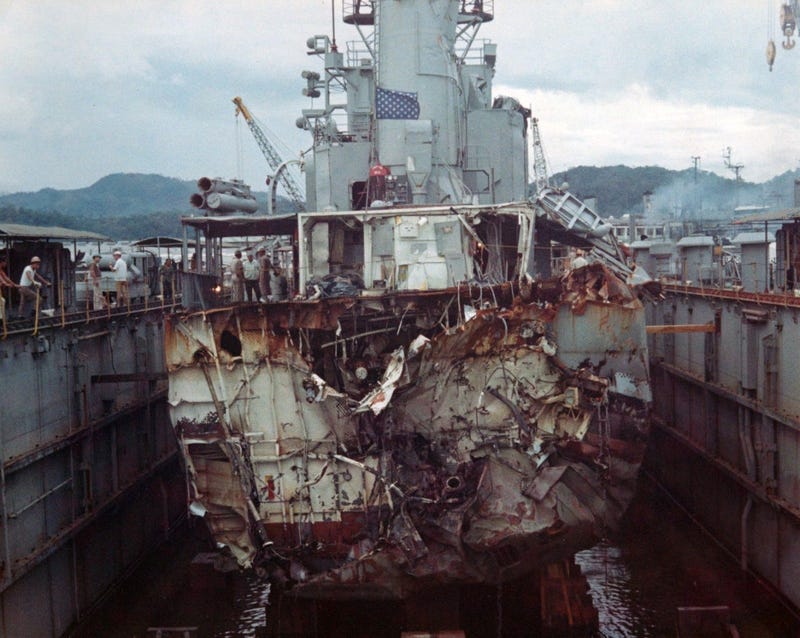 On June 3, 1969, the USS Frank E. Evans collided with the Australian carrier Melbourne — the Frank E. Evans was torn in two. In the collision, 74 sailors lost their lives either in the initial collision or aboard the bow section of the vessel as it sank.

While the crash occurred during the Vietnam War during movements necessitated by the conflict, the actual collision was roughly 100 miles outside the official combat zone. That is why these 74 sailors have never been considered casualties of the war itself. As a result, they are not included on the Vietnam War Memorial wall in Washington, D.C.

A group of senators along with members of the USS Frank E. Evans Association are continuing the fight to have the names of the "Lost 74" included on the memorial.

"Last year marked 50 years since we lost these 74 sailors," a letter from the bipartisan group of senators to Secretary of Defense Mark Esper reads. "Honoring the sacrifice of these 74 sailors alongside the nearly 60,000 other service members who died in Vietnam is long overdue."

This is not the first effort to have these names added to the memorial. This time last year, Cramer introduced the USS Frank E Evans Act in an attempt to memorialize the "Lost 74." One of the main arguments against the bill, which is still in committee, concerns space availability on the wall itself.

“Currently, the amount of remaining blank space is extremely limited. A large-scale addition of names to the Memorial, such as those of the 74 crew members of the U.S.S. Evans…cannot be accommodated in the remaining space,” Daniel Smith, deputy director of the National Park Service said in Congressional testimony in June of 2019 according to Military Times. “If passed, S.849 would necessitate substantial modification, and possibly a wholesale replacement, of the Vietnam Veterans Memorial Wall as it exists today.”

Hear the story of Dick Grant: Fargo resident, Vietnam veteran, and survivor of the USS Frank E. Evans, which sank 50 years ago today.

While 74 sailors died that day, their names are not included on the Vietnam Memorial Wall.

Dick has spent his life trying to change that. pic.twitter.com/6LdYruRtrj

Now, senators are hoping Esper will finally make the changes that Congress has failed to thus far.

"We look forward to meeting with you and working together to ensure their names are added and their sacrifice is rightfully commemorated," the letter concludes.