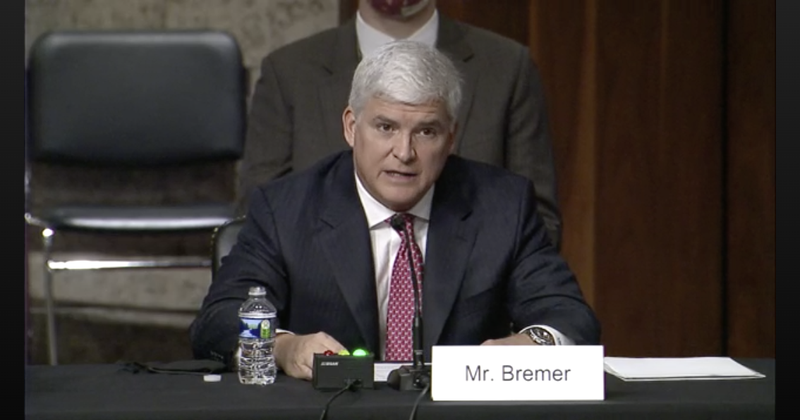 The Senate held a confirmation hearing for a number of potential political appointments this week — but perhaps most controversial was former SEAL officer Louis Bremer for the position of assistant secretary of defense for special operations/low-intensity conflict.

The “Harley-riding, tequila-drinking Navy SEAL and White House fellow who buys companies on occasion" -- as his Instagram account proclaimed up until his nomination came up -- is expected by the lawmakers to help clean up special operations culture after a series of scandals have roiled across the community ranging from murders to drug use to war crimes.

“Without question, we hold our warfighters to a very high standard. If I'm confirmed I will make sure those standards are appropriately enforced,” Bremer told Senators at the hearing.

But it remains unclear how Bremer will drain the swamp while appearing to be knee-deep in it.

Senators questioned him about a photograph of him hugging disgraced provocateur Milo Yiannopoulos who was fired from his job at Breitbart for defending pedophilia. Yiannopoulos has also been exposed as an anti-semite according to internal Breitbart e-mails obtained by Buzzfeed as well as a video in which Yiannopoulos sings "America the Beautiful" while white nationalist leader Richard Spencer and friends stand in front of him giving the Nazi salute.

When asked about the photo he posted with Yiannopoulos, Bremer answered, "listen, those were posts that I regret, they were flippant, they were in my capacity as a private sector." He then attempted to assure Senators by explaining to them that he has since deleted all of his social media accounts except for LinkedIn. "People know that I'm a serious person...ethics is a very big thing," he said.

Bremer is a managing director at Cerberus Capital Management which owns the Tier 1 Group -- of which he also sits on the board.

Sen. Tim Kaine asked Bremer about press reports including in the Washington Post that the Saudis who murdered Jamal Khashoggi may have been trained by the Tier 1 Group. Bremer replied that he was not aware of any press articles on the matter but he did know that they trained Saudis through a State Department program. Bremer claimed to be unaware of the Washington Post article and that he was hearing this accusation for the first time at the hearing.

After continued questioning and denials that Tier 1 Group did any sort of investigation into the veracity of these press reports, Bremer offered that he would "check."

"I will give you my commitment to check the record. Likely we did some type of investigation."

"I just don't recall the specifics of it, I'm not trying to hide any investigation we may have done or not done," he continued. "I'm involved in a lot of corporate matters, a lot of different boards."

"I find it incredibly hard to believe that a five-person board of this company did not have some kind of fire drill when this allegation arose," Sen. Angus King said.

The senators also expressed their concern about ethical issues in the special operations community and how reforms could be implemented.

"Ethics should be a big part of their (SOF) training, it should start on day one, it should be inculcated into the DNA of every SOF operator," Bremer said. "It is going to take a concerted effort over multiple years to turn this narrative around because ultimately it tarnishes the vast majority of SOF operators who are out there doing their work honorably."