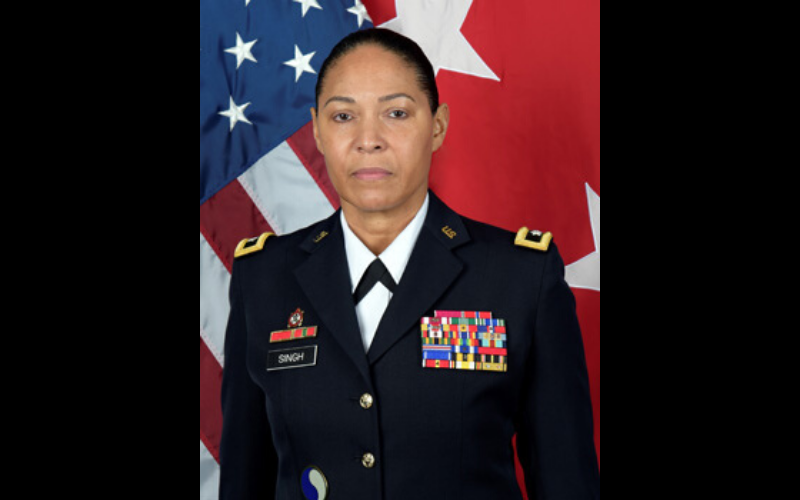 From high school drop-out to becoming the first woman and African-American to lead the Maryland National Guard, retired Army Maj. Gen. Linda Singh credits her path to leadership to two cornerstones in her life.

“When I think about the two most important things in my life, one is being a veteran, the other is education,” she said during the University of Maryland Global Campus’ Veterans Day ceremony earlier this month.

Singh left her home as a teenager due to abuse. However, she remained in high school, working to support herself until she became overwhelmed and decided to drop out. While at work one day in 1981 she spotted an Army recruiting poster and eventually decided to join the service. Singh said that the decision changed her life.

“The military made the difference in helping me realize my hopes and dreams,” Singh said. 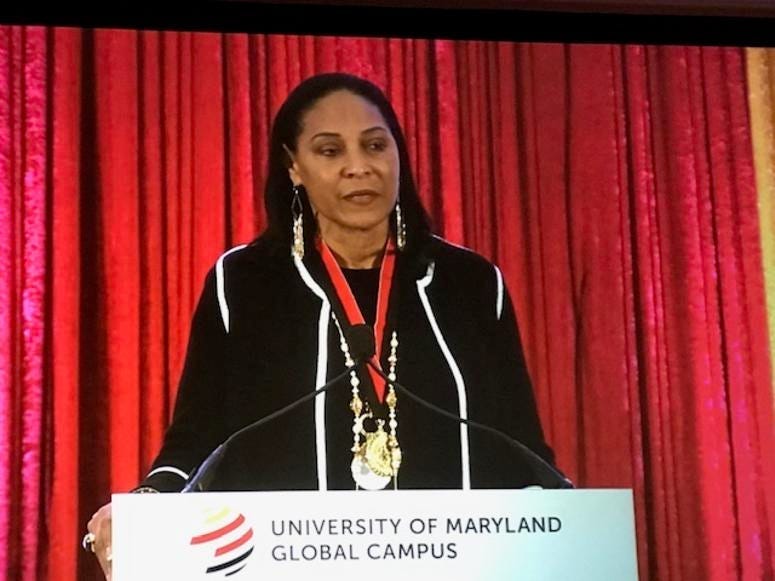 Singh went on to serve in the Maryland National Guard for 38 years and as its 29th adjunct general. She received her commission in 1991 through the Maryland Military Academy's Officer Candidate School.

“Being able to lead the Maryland National Guard to me is one of the highest honors I could ever imagine,” she said.

During the UMGC Veterans Day event, Singh was presented with the President’s Award, its highest honor. In accepting the award, the urged her fellow veterans to take care of themselves and apply for the benefits they’ve earned.

Singh also had a piece of advice for vets who aren’t using their GI Bill benefits.

“Pass them on to your children,” she said. “Being a veteran and having an education are two things that everyone should have and be.”

Singh holds a bachelor’s degree from Columbia Union College; a Master of Business Administration and Master’s of Strategic Studies from Touro International University and a doctorate from Capella University.

Sponsored by the University of Maryland Global Campus. Find out more here.