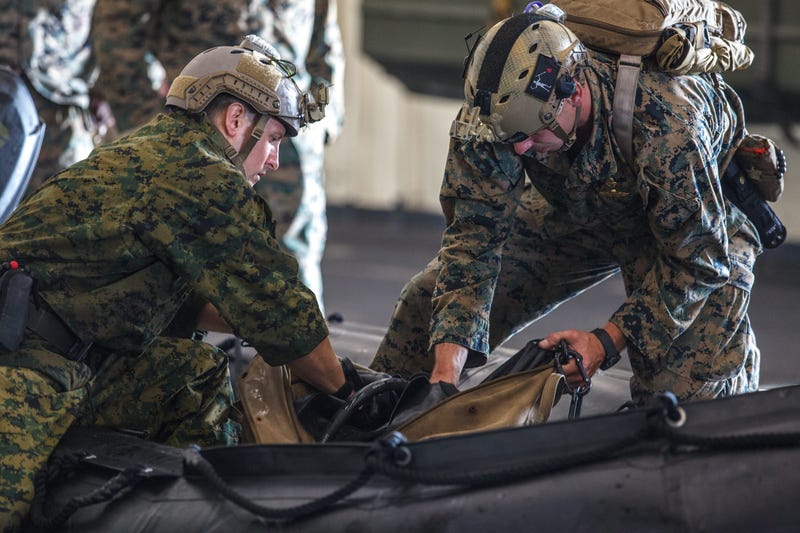 The Marine Corps concluded its search for eight missing service members on Sunday, declaring them dead and releasing their identities.

The United States Navy, Marine Corps and Coast Guard spent 40 hours searching 1,000 square nautical miles for eight service members -- seven Marines and one sailor -- who went missing after an amphibious assault vehicle accident Thursday off the coast of southern California. On Sunday, the search was declared concluded, all eight were declared deceased and recovery efforts began.

“It is with a heavy heart, that I decided to conclude the search and rescue effort,” Col. Christopher Bronzi, 15th MEU Commanding Officer said in a Marine Corps news release. “The steadfast dedication of the Marines, Sailors, and Coast Guardsmen to the persistent rescue effort was tremendous.”

The eight missing, in addition to one Marine declared dead at the scene of the accident, were identified Monday morning:

"Their service, commitment and courage will always be remembered by the nation they served," Secretary of Defense Mark Esper said in a statement. "While the incident remains under investigation, I want to assure our service members and their families that we are committed to gathering all the facts, understanding exactly how this incident occurred, and preventing similar tragedies in the future."

An investigation into the accident is ongoing and the Marine Corps has suspended all AAV water operations.