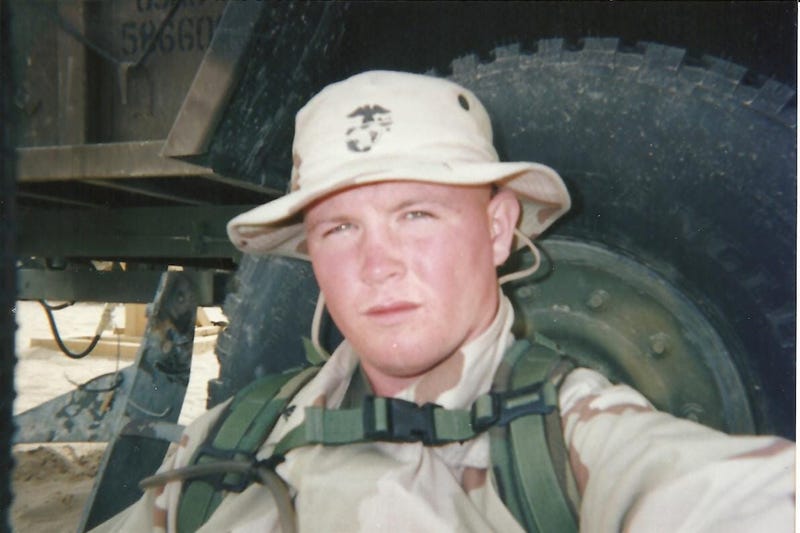 Tim Wynn was among the first Marines to deploy to Iraq, one of the first to come back, and one of the many who struggled upon returning home.

Wynn would leave the Corps weeks after coming back to the states and ended up back home in Philadelphia. He soon found himself wearing a new uniform, though, and not one to be proud of.

"It didn't take long for me to end up in a set of handcuffs, unfortunately," Wynn says. "I was processed out of the Marine Corps pretty fast. Within 72 hours I was back in Philadelphia, and about four days later I was actually arrested for aggravated assault." 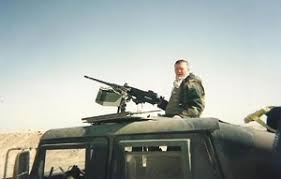 That was the first of eight total arrests for Wynn, who would spend a year in the Philadelphia county jail. He says he struggled with drugs and alcohol, and kicking those habits was the first step to turning his life around. The second step took place when, following his final arrest, he was entered into Philadelphia's veterans court system.

"We had access to all of these services right there in the courtroom," Wynn says. "For instance the VA, the department of behavioral health, veteran service organizations. And just the camaraderie back in my life from being in the court and being around other veterans and stuff like that really helped me out and helped me sort of right the ship."

Wynn, now 10 years sober and with a family, serves as a mentor for that same veterans court and has had most of his arrests expunged from his record. The only conviction that remains is for making a terroristic threat. Wynn says he pled guilty to the charge, which he describes as a verbal confrontation that got out of hand. It's something he says he's not proud of and doesn't believe represents who and what he is today.

Through his work with veterans court, he was put in touch with an attorney, Army vet Brian Kint of the international law firm Cozen O'Connor. Kint, who is known to take on pro bono cases for his fellow vets in the Philly area, says pardons have become more common in recent years and vets like Wynn are excellent candidates for several reasons, including the fact that so many self-medicate with alcohol and drugs after coming home from war. 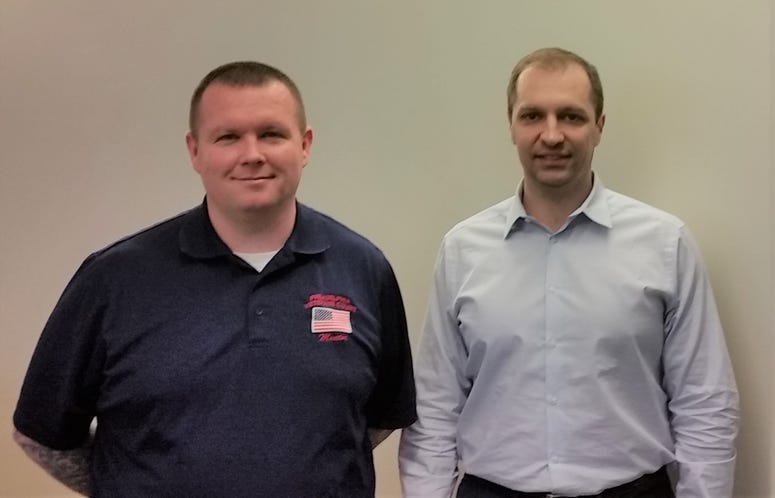 "It's not some character flaw, it's connected to their service," Kint says. "So we have an obligation to help them through those issues and if they can successfully confront them and get on the right track they're definitely good candidates for pardons. So that these things don't stick with them for the rest of their lives."

With Kint's help, Wynn was able to go through the process of requesting his pardon and was unanimously recommended for a pardon by a five-member panel in December 2018. All that remains is for Pennsylvania Governor Tom Wolf to sign off on it. While there's no timeline or guarantee from the Governor, both Wynn and Kint are confident a pardon will happen. They're also hopeful their case will give hope to other vets looking to clear their criminal records after turning their lives around.