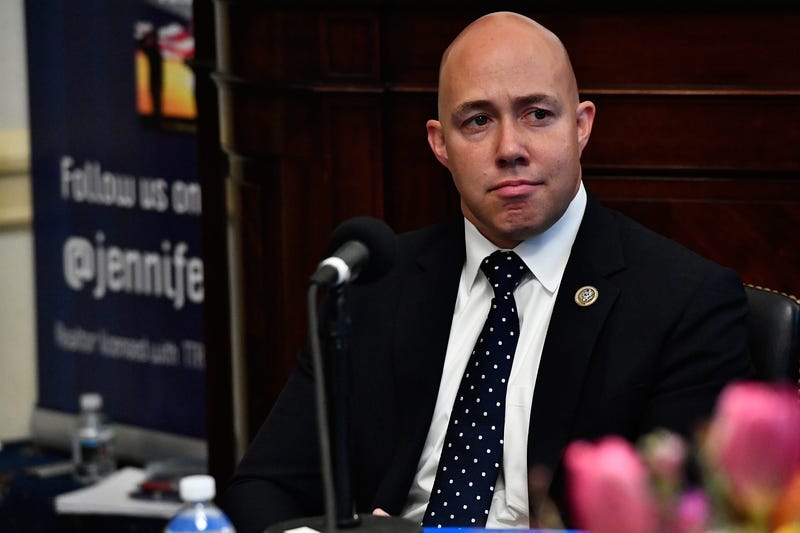 On Tuesday, the House Foreign Affairs Committee held a hearing to evaluate this administration's recent policy regarding Iran — was the strike on Qassem Soleimani wise? Was it spurred by an imminent threat? Was it a choice?

The hearing was nearing its third hour of testimony, statements, and questioning when Rep. Brian Mast, R-Fl., put a halt to all discussion with a question no one in the room had any response to.

Mast served in the U.S. Army for more than 12 years as an explosive ordnance disposal technician. He lost both of his legs to an IED in 2010. His question concerned Americans much like him — the service members who have fought terrorism on the ground in the Middle East and, for many, paid the ultimate sacrifice.

"Some people might call this rhetorical, but I'm not going to ask it as a rhetorical," Mast said, prefacing his question.

"If you walk out of this hallway and you take a right and another right and another right, you're going to come to several beautiful walls that have the names of our fallen service members from the War on Terror," Mast said. "And I would ask, can any of you provide me one name on that wall that doesn't justify killing Soleimani?

"I've got two minutes and 30 seconds. I'll be more than happy to sit here and wait."

And that's exactly what Mast did.

No one in the chamber moved.

"The gentleman may continue," Engel said.

"I'm continuing, Mr. Chairman," Mast responded. "I got two minutes remaining. I will sit here and wait for somebody to provide me with a name on that wall that does not justify the killing of Soleimani."

"Thank you, Mr. Mast. I think you've made your point. Mr. Phillips you may —"

"Mr. Chairman, I have not yielded back my time and I have a minute — "

"I will not give back my time, Mr. Chairman."

The chamber sat in silence until Mast's time ended. No one provided an answer to his question.