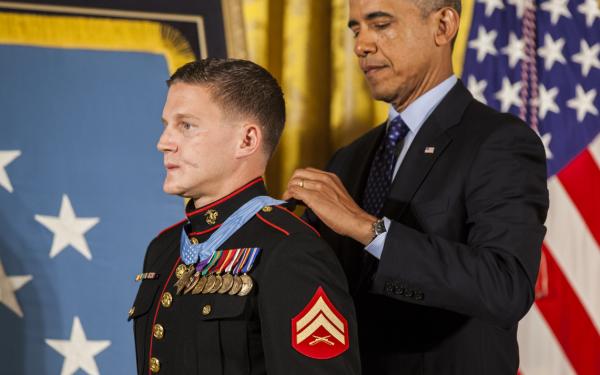 Ten years ago today, Marine Lance Cpl. Kyle Carpenter threw himself on a grenade that had been thrown on the roof of a building in Afghanistan, saving the life of a fellow Marine.

For that action, Carpenter received the Medal of Honor. He tells the story of that fateful day and his three-year-long recovery in his recently released memoir, “You Are Worth It: Building a Life Worth Fighting For.”

“The hardest part of my entire three-year recovery has been knowing that my parents, my brothers, were suffering through this burden of injury and recovery, something I volunteered for that they didn’t ask for,” he said.

As a kid, Carpenter insisted that his dad draw the Superman logo on his chest with an indelible marker.

“I guess that helped me jump a little higher on my bike ramps and a little faster on my rollerblades,” he said.

Carpenter said he feels the same way he did as a kid as a 30-year-old.

That love of a challenge led Carpenter to the Marine Corps. He signed up in 2009 and soon found himself deployed to Afghanistan. 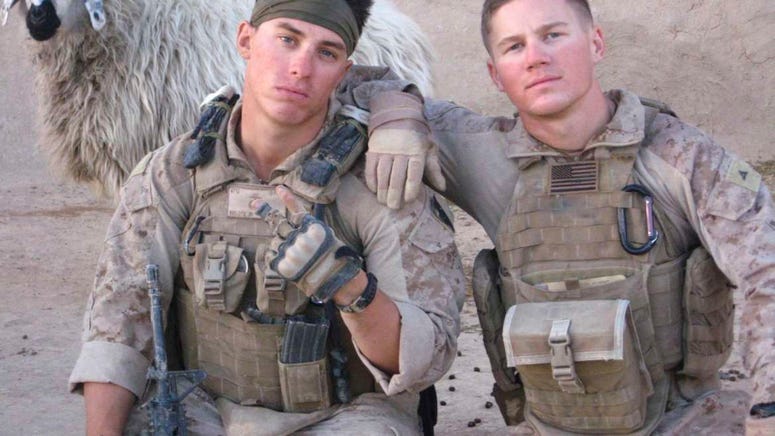 “The military is a path of the unknown,” he said. “I wasn’t in denial about the risk.”

“It still doesn’t get any less crazy or surreal to think about, even though it happened to me,” he said.

Carpenter instinctively threw himself at a grenade.  Realizing the extent of his injuries, Carpenter thought of his family, particularly his mom, and said a prayer for forgiveness.

“A tiredness and exhaustion completely and quickly consumed every fiber of my being,” he said. “I closed my eyes for what I thought would be the last time on this earth.”

Five weeks later, Carpenter woke up at Walter Reed National Medical Center in Washington, D.C. The first thing he saw was the Christmas stockings his mom had hung on the room of his wall.

During his recovery which involved dozens of surgeries, Carpenter said he felt pressure to be strong emotionally for everyone around him. He called his recovery a family effort.

“For everyone in the bed, there’s a whole family,” he said.

In his book, Carpenter shares some of the wisdom he’s gained on his road to recovery in chapters titled, “You are more than your ribbon rack or resume.” 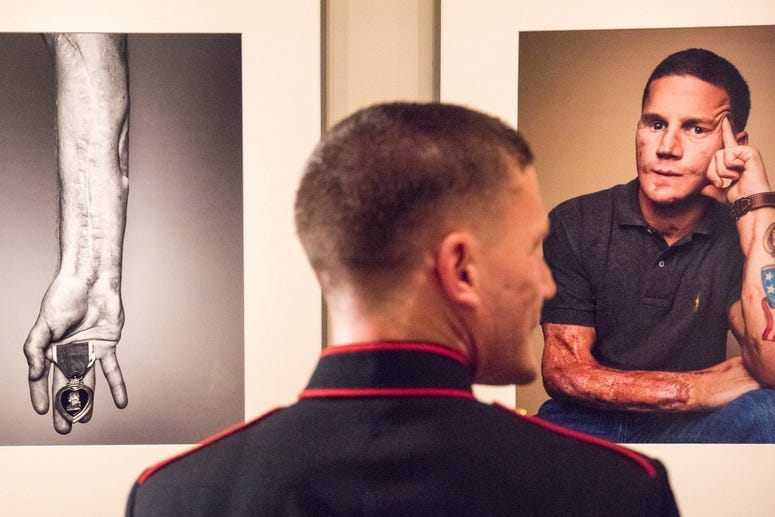 “You wake up, you have this life, this opportunity,” he said. “Take it, make the most of it.”

Another message of Carpenter’s book is that it’s okay to fail.

“You have to experience and take defeat in any and all aspects of life so you can be better and stronger,” he said.

Carpenter remains the nation’s youngest living recipient of the Medal of Honor.

Carrying the weight of the Medal of Honor