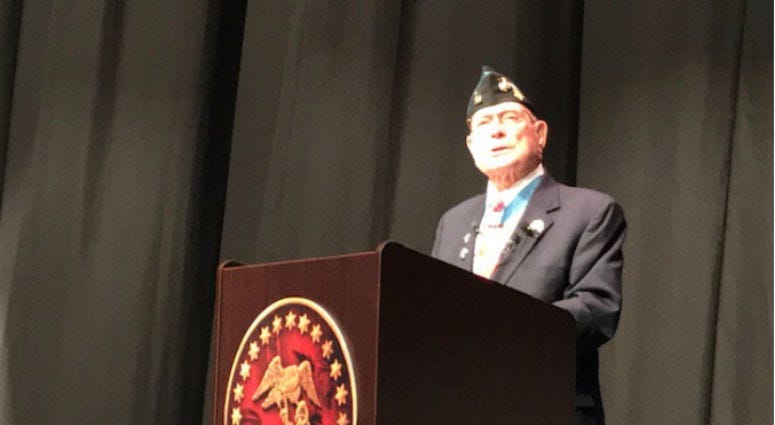 A standing ovation greeted Hershel “Woody” Williams as he walked into the Medal of Honor Theater at the National Museum of the Marine Corps Saturday in Triangle, Virginia.

At first glance, the 97-year-old would appear to be an unlikely “rock star,” but to the 369 people who packed the theater to hear Williams, the only surviving Marine to receive the Medal of Honor during World War II, that’s exactly what he is.

During his keynote address for events commemorating the 75th anniversary of Iwo Jima, Williams gave attendees a personal glimpse into what it was like to fight on the island.

On Feb. 23, 1945, the same day Associated Press photographer Joe Rosenthal snapped the iconic image of the American flag being raised over Mount Suribachi, Williams was busy taking out seven Japanese gun emplacements or pillboxes, during a four-hour fire fight. 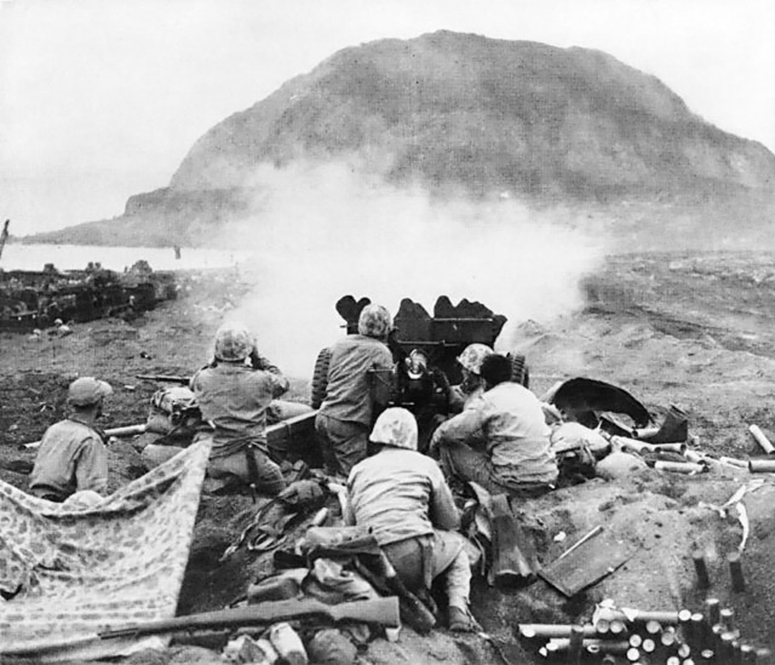 Williams, who was a corporal assigned to 21st Marines, 3rd Marine Division, said the Japanese defenders had the Americans pinned down during the battle.

“They were inside, we were outside,” he said.  “They were just mowing us down.”

For his actions, Williams was awarded the Medal of Honor by President Harry S. Truman. Following the war, Williams rejoined the Marine Corps Reserve and retired as a Chief Warrant Officer 4 in 1969.

Today, Williams speaks at schools in order to help students gain a better understanding of both the military and World War II. He said many students don’t know anything about history because they aren’t taught it.

“They don’t understand the sacrifices that have been made for our freedom, our precious gift of freedom,” he said.

Williams said that isn’t the fault of the students. He blames the educational system. which he said doesn’t teach patriotism, love of the country and respect for the flag.

Williams himself has a busy few months coming up. His namesake, the USS Hershel “Woody” Williams Navy expeditionary transfer dock, will be commissioned March 7 in Norfolk, Virginia. He also plans to visit Iwo Jima for the third time later this year. During the trip, he is scheduled to break ground on a Gold Star monument in Guam.