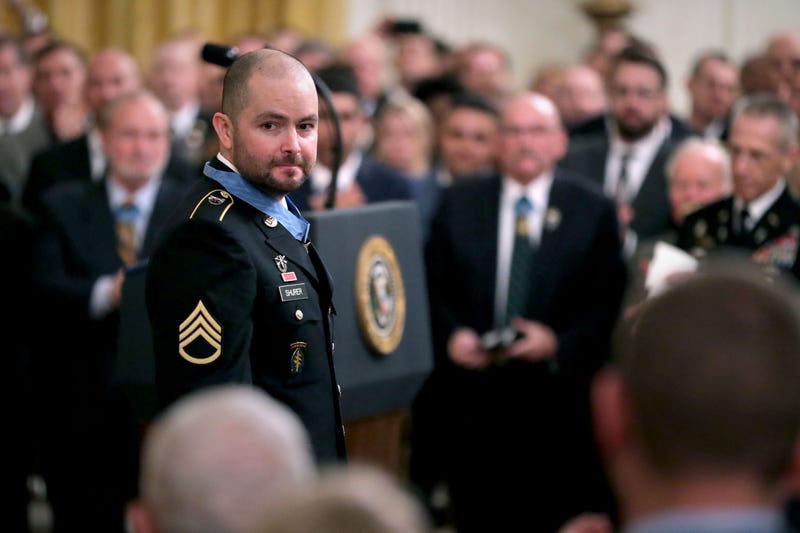 After years serving with the U.S. Army and the U.S. Secret Service, Shurer found himself fighting a new battle against lung cancer.

Shurer received the Medal of Honor for actions in Afghanistan in 2008. He defied a barrage of enemy fire in Afghanistan 12 years ago saving the lives of other wounded soldiers while serving with 3rd Special Forces Group. He was assigned to Special Operations Task Force 33 when the group of elite soldiers was participating in operations to clear high-value targets in the Shok Valley.

Enemy sniper, machine gun and rocket-propelled grenade fire rained down on the assault element, sustaining multiple casualties on the mountainside. Shurer braved enemy fire to treat a wounded soldier when RPG shrapnel struck his neck. He then spent the next hour fighting insurgents, killing many in the process, before providing aid to four injured American soldiers and ten wounded Afghan commandos.

After treating the wounded, Shurer began evacuating them, carrying and lowering the casualties down the mountainside, using his body to shield them from enemy fire and debris. After transporting all the wounded into a medevac helicopter, Shurer returned to the site of the fighting to re-engage the enemy, despite taking a bullet in his helmet and arm.

Shurer rendered lifesaving aid to four critically wounded casualties for more than five and a half hours. As the lone medic at the besieged location, and almost overrun and fighting against nearly 200 insurgent fighters, Shurer’s bravery and poise under fire saved the lives of all wounded casualties under his care, his Silver Star citation reads.

Shurer received an honorable discharge in 2009 and was a special agent in the Secret Service. He is survived by his wife, Miranda, and two sons.