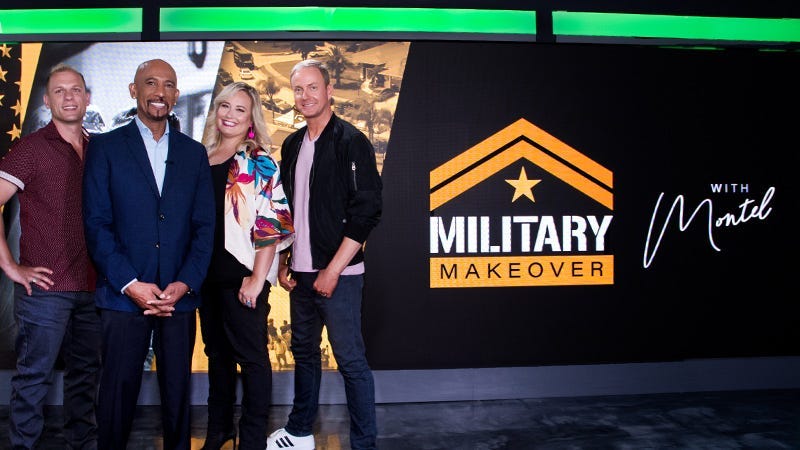 Marine veteran Marcelino Marquez and his family made daily sacrifices during their nearly three decades of service to the nation.

Military Makeover with Montel has joined up with a number of businesses and the Decula, Georgia community where the family lives to update their home.

“In the nearly three decades since I retired from the Navy, I’ve never really taken the uniform off because standing up for those who are serving now and those who have served has been the greatest honor of my professional career,” said host and co-executive producer Montel Williams.

The renovation will be followed beginning Friday at 7:30 a.m. EST on Lifetime and runs over the next five weeks.

Love From Above: Making over the home of he hero of the Parkland school shooting

Marquez enlisted in the Marines when he was fresh out of high school. During his 27 years in the Corps, he rose to the rank of master gunnery sergeant. Marcelino deployed on two tours in Iraq and two tours in Afghanistan.

Beginning his career as an infantryman, Marquez became a mortarman before shifting from mortars to close air support as a Low Altitude Air Defense Gunner. He later transitioned into mortuary affairs, where he was tasked with the search, recovery, identification, preparation and return of American and American-allied personnel killed in action.

His service left Marquez suffering from post-traumatic stress disorder. He and his wife Francis have three children.

Special guest Marine veteran and WWE Superstar Lacey Evans makes an appearance and supports the Marquez family throughout the renovation process. The final reveal will unite cast, brand partners and volunteers, creating a literal “community celebration” of support for the change they created together.