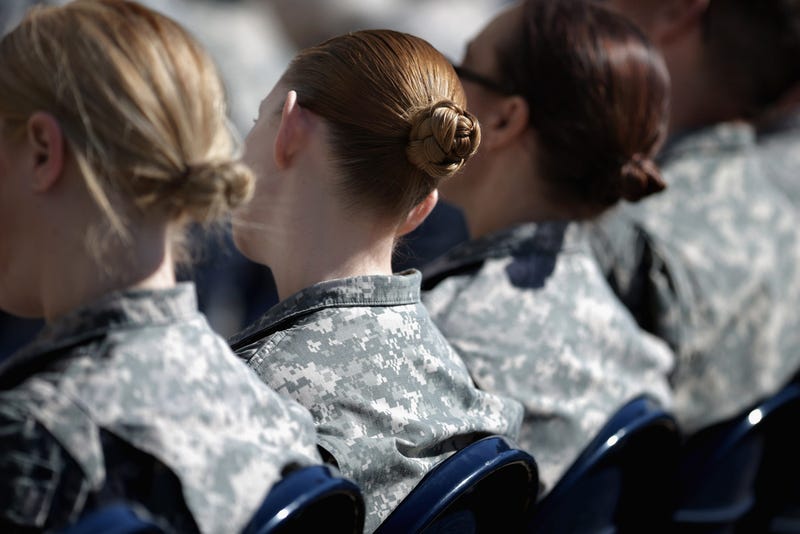 When the military made rape punishable by death in the 1940s they took things into consideration like raping, pillaging and plundering -- not soldiers raping other soldiers.

Now, a Supreme Court case addressing rape charges against three former service members has again called into question whether or not military rape should be punishable by death.

The legalese behind United States v. Briggs is a little difficult to parse. The three rape cases in question all occurred between 1986 and 2006 -- and more than one policy has changed since those years that complicates the convictions of the three service members.

Michael Briggs, Richard Collins and Humphrey Daniels were all court-martialed and prosecuted for rapes that occurred between 1986 and 2006. After prosecution, all three argued that the military's statute of limitations prevents them from being tried for rapes more than five years after the rape occurred. The military's statute of limitations on rape was removed in 2006.

However, the Uniform Code of Military Justice reads “any (military) offense punishable by death may be tried and punished at any time without limitation" -- and guess what crime the military says is punishable by death? Therefore, regardless of whether or not the removal of the statute of limitations made all rapes prior to 2006 fair play, the UCMJ states that rapes were never subject to a statute of limitations at all.

"Any person subject to this chapter who commits an act of sexual intercourse, by force and without consent, is guilty of rape and shall be punished by death or such other punishment as a court-martial may direct," UCMJ, 10 U.S.C. Section 920(a) reads.

The three defendants have now pivoted to include in their argument that the Eigth Amendment -- the one about cruel and unusual punishment -- protects their rape crimes from being punishable by death. And if their crimes are not punishable by death, they are subject to the five-year statute of limitations that was in place when the crimes were committed.

To a degree, the defendants have an argument when it comes to the death penalty -- because it was never meant for soldier-on-soldier rape but rather when rape constituted a war crime.

"The reason that there was a death penalty attached to rape at the time was that when the UCMJ was written back in 1948 people weren't thinking of soldier-on-soldier rapes -- they were thinking of American soldiers raping, plundering and pillaging as war crimes," Lory Manning, director of government relations at Service Women's Action Network said. "That's where the death penalty came from."

In contrast, the federal government in the Supreme Court case has argued that the additional implications of military rape -- "devastating to the morale, discipline, and effectiveness of our armed forces" -- make it a matter of national security and punishable by death.

“The judgment that military rape should be a capital offense reflects the distinctive harms to military discipline, recruitment, morale, combat readiness and coalition-building that are caused by rape in the military ranks,” the government argued.

It's been almost 60 years since a service member was executed for rape -- and in that case, extenuating circumstances suggested race may have been a factor in the execution. Army Pvt. John Bennett was hanged in 1961 at Fort Leavenworth in Kansas, convicted of raping and attempting to kill an 11-year-old Austrian girl. Bennett was Black and the Austrian girl was white. Historical research in more recent decades has revealed that Black soldiers during the period when Bennett was hanged were given the death penalty for rape when white soldiers who committed the same crime were not.

A number of service members currently sit on death row at Fort Leavenworth including Nidal Hasan who killed 13 in a mass shooting at Fort Hood, Hasan Akbar who killed an Army captain and an Air Force major in a premeditated attack, and Ronald Gray who raped and murdered several individuals in North Carolina.

Gray is the closest to actually being put to death and the outcome of the ongoing Supreme Court case may influence Gray's decades-long stay on death row.

The case has other implications, of course, namely opening the door for service members raped before 2006 to finally come forward and seek prosecution.

"It means you could come forward now and charge somebody with a rape that happened in World War II," Manning said. "I don't know how likely people would be to do that, but sometimes it takes victims a long time to process things, get their lives back together ... but once in a while as part of their own dealing with it they suddenly decide they'd like to report it."

"The military itself did try the cases which means that the military justice system seems to think that it is OK to try these," Manning said. "If they defer to the military, as they often do, they will decide they can try these cases."

In the military's #MeToo movement, sparked by the murder of Spc.Vanessa Guillen at Fort Hood in Texas, it is unclear how many service members or civilians would come forward with cases of rape that occurred before 2006 -- but the Supreme Court case may make the opening of that barrier a possibility.

Reach @ECBHowe on Twitter.
Sign up for the Connecting Vets newsletter to get more connected to the stories and resources we have to offer?