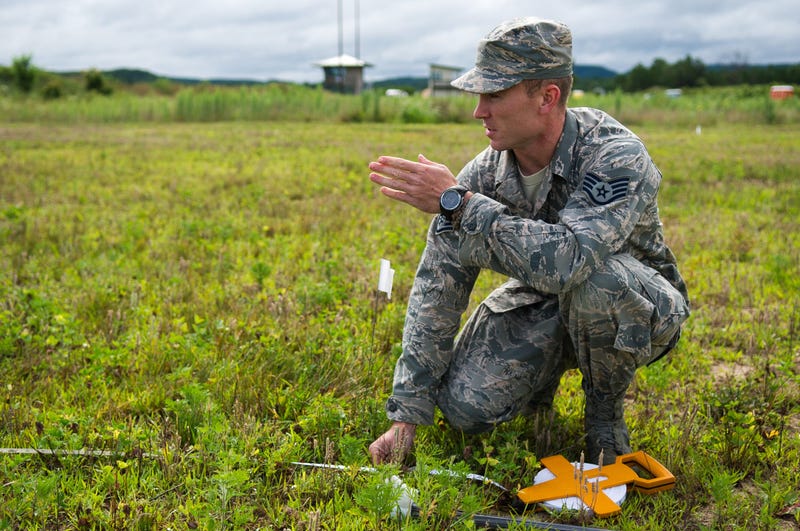 Let's face it--out of all the things civilians don't understand about military life, vocabulary tops of the list. From unnecessarily long acronyms to (at times) inappropriate phrases, military slang is a language of its own and it's something you take with you even when you take off the uniform.

If you have a favorite military term or phrase, send us an email and let us know so we can update this list.

“And a wake up”- A phrase used to count down to the end of training or deployment. Ex: “Thank god we only have 12 days and a wake up left in this hell hole.”

Bird - Another word for a helicopter.

Blue Falcon - A nickname for a service member who f*cks you over, also sometimes called a buddyf*cker.

Bravo Zulu - A phrase often used in the Navy or Coast Guard to say "well done.”

Boot – A new service member, often derogatory term used for someone coming to the unit fresh from boot camp.

Chest Candy - All the ribbons and awards on a service member's dress uniform.

Chewed up/ Chewed out – Similar to “ate up,” also being reprimanded from a senior leader.

Clusterf*ck - A mess or problem.

“Front to rear, disappear” – Get Going, move with a purpose.

Fat Cakes - Any kind of unhealthy, sweets or desserts.

Fourth Point of Contact - Your butt. It's the last phase in a parachute drop: first, it's feet, calves, back of the thigh and then your buttocks.

FUBAR - F*cked up beyond all repair.

"Got Your Six" - A phrase service members use to say they have your back.

Good Idea fairy – Someone who always offers their opinions but ideas are usually bad.

Hangfire- To wait until you’re given the next orders.

High Speed - A term that can be positive or negative depending on the context. It can be a service member who is highly motivated but also sarcastically for someone who isn't.

"Nut to Butt" - Standing very close together, usually in a single line, also called a "file."

O Dark Thirty- Very early in the morning, any time before sunrise.

POG - Stands for “Person.Other.Than. Grunt,” essentially anyone who isn’t infantry.

Police Call - A phrase senior leaders use when they want an area clean, like a weapons range.

Soup Sandwich - A mess, usually a service member who doesn't have his/her life together or a uniform that worn incorrectly.

"Standby to standby" - Wait, more often than not, you're going to be waiting a while.

SNAFU- “Situation normal, all fucking up.”

Tactically Acquire - You stole something, often it's equipment that you needed but didn't have or something really impressive that no one else has.

Tango Mike - Thanks much.

Warm and fuzzy – A phrase usually used to describe when someone understands a concept or is feeling okay. “Ex: Alright after this short brief, you should have a warm and fuzzy on how to PMCS a vehicle”

Whiskey Tango Foxtrot - What the F*ck?

Zonk – Used to being released for the day after taking formation.