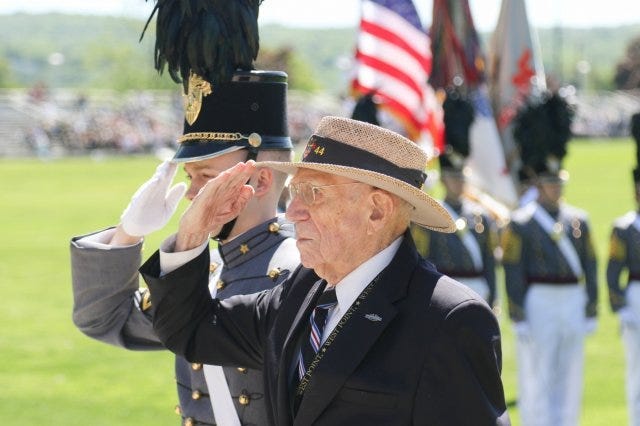 June 6, 1944 is known throughout the world as D-Day, but for the Class of 1944 at the U.S. Military Academy, the day holds a second significance. It was the day they graduated from the academy.Twenty-one members of the D-Day Class, as they have become known over the years, are still alive. Tuesday, retired Col. Doniphan Carter represented the class on the occasion of its 75th reunion by serving as the wreath layer during the annual ceremony prior to the alumni review parade. Carter, who turned 96 in February, was the most senior graduate in attendance at the parade. "I've waited 75 years for this to happen, but I didn't know I was going to be the oldest," Carter, who is the president of the Class of 1944, said of getting to lay the wreath at the Sylvanus Thayer statue. "I was one of the younger members of my class and that was because I skipped a year in grade school, but nobody else is coming. So here I am, and I get to do it." 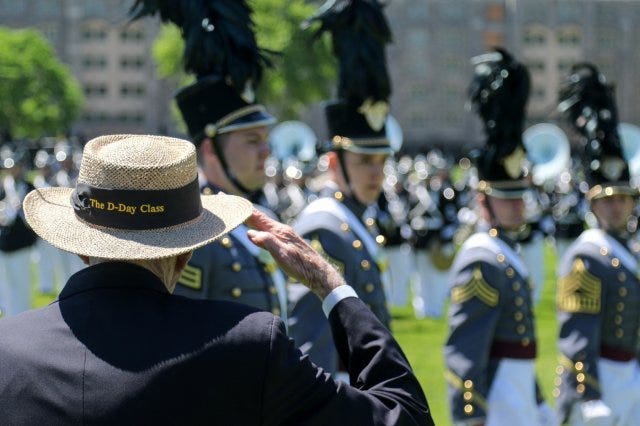