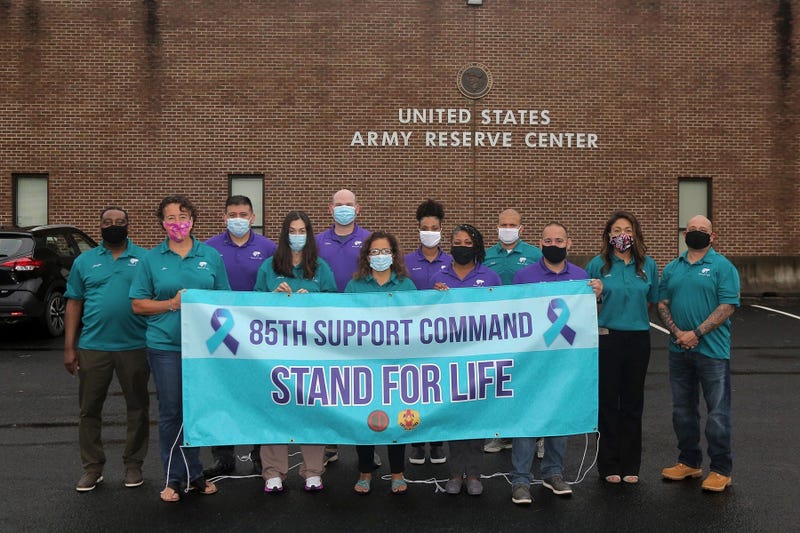 “If there is any time where we need suicide prevention training, it is now,” said Army Reserve Capt. Devin Richter, assigned to the 85th U.S. Army Reserve Support Command’s 3rd battalion, 383rd Regiment, based in St. Louis, Missouri.

“It’s during COVID that people are not able to interact with their friends and loved ones like they used to. We are not a people of isolation. We are a people of interaction. We thrive off of others. We get energy from others. Others lift us up.”

Richter, who was preparing to depart on a mobilization with First Army’s 120th Infantry Brigade the following week, led the operation cell to help create the 85th USARSC’s second annual Stand for Life suicide prevention training, but this time in a virtual setting.

“We attempted to try to make this work in March but because of COVID, everything spiraled into a shut down and we were not able to launch the (live) training a week before it was supposed to take place,” said Carmella Navarro, Suicide Prevention Program Manager, 85th USARSC.

The training was brought virtually to 79 suicide prevention liaisons via a digital communication platform. It focused on support for resourcing and networking capabilities, intervention for at-risk personnel for suicide, postvention discussing what does someone or an entire unit do after a suicide has taken place and wellness and self care. Additionally, liaisons were prepared with the formal process called G-1 directives to properly prepare a command on what to do if a suicidal ideation or attempt takes place.

“As suicide prevention liaisons complete this course, they will be able to go back to their units and be identified as an SPL, so if an ideation or attempt occurs, or if a (suicide) completion occurs, they’ll be able to help inform their commands on what do to,” said Sylvia Lopez, who works as a staff administrative specialist for the 85th USARSC’s 1st battalion, 338th Regiment and participated as lead facilitator for the Stand for Life training.

important changes are being made to the national suicide prevention hotline

Throughout the training, there were lighthearted moments. The trainers built a level of fun into the modules to help ease the reality of the training and learning how to go to that “dark place” with someone struggling. 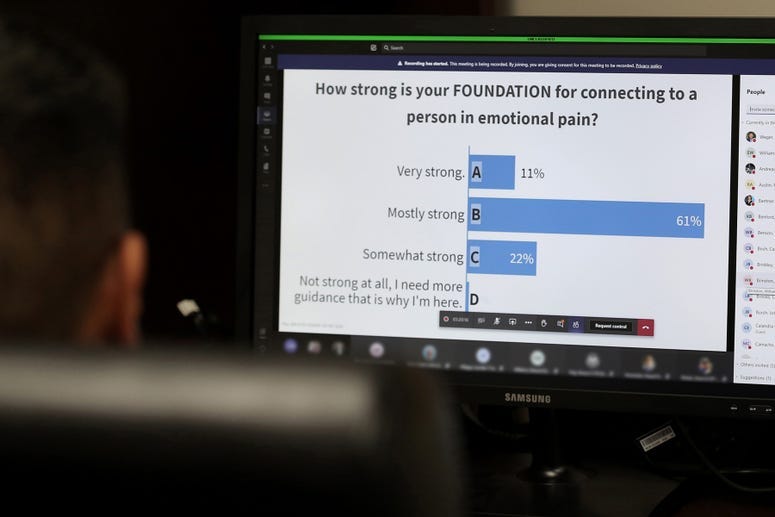 Litynski shared his personal experiences, including multiple stories of losing fellow soldiers and friends during overseas deployments, losing his daughter to a rare disease, and losing a close friend to suicide.

"I'm sharing my story a little bit," he said, "and that story is that I have some mental health issues that I tackle every day. And I think mental health, coupled with other life factors and burdens, have a high propensity to contribute to suicide and fratricide in our formations,” he said.